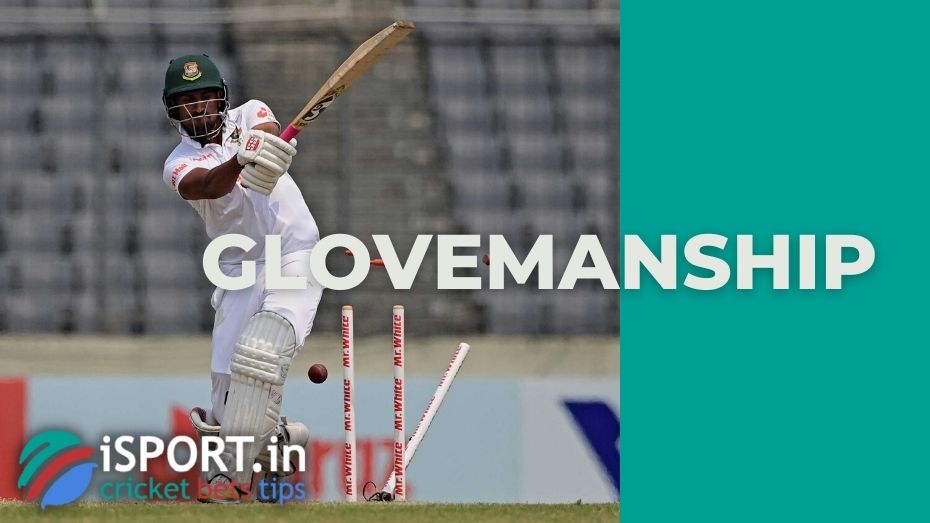 It is worth noting that the wicket-keeper is traditionally considered the most underrated position in cricket. Previously, very little attention was paid to it, and only recently serious studies began to appear, which made it possible to highlight the main aspects of the activities of wicket keepers, breaking them into two groups:

The most important game skill that no wicket-keeper can do without is fixing the ball with one or two hands from a static position (standing close to the batsman) or in motion (diving and sprinting). A good wicket-keeper is distinguished by the ability to choose one of the many game scenarios for each specific episode, which is achieved only by persistent practice. He must not only correctly assess the disposition but also quickly rebuild, anticipating the intentions of the bowler.

One of the main challenges for the player in this position is increasing the symmetry of movement to the highest possible level by learning how to catch the ball with both hands from any position and angle. Regardless of how gifted the wicket-keeper is, Glovemanship is achieved primarily through hard work. Players can use cricket, tennis or inflatable balls in training, experiment with their size and additional equipment, setting symbolic obstacles that prevent them from seeing the full trajectory of the ball and making an unambiguous conclusion about the direction of its flight.

English wicket-keepers, among whom there are many recognized masters, note that the main difficulty faced by a player in a given position is constant doubts that can shake concentration at the most inopportune moment.

“It’s important to react to what you actually see,” says James Foster. – Believe your eyes. On the pitch, many things happen so quickly that you hardly have time to digest it. That’s why it’s so important to be able to relax quickly if necessary because otherwise, you won’t be able to move fast enough. When you do well in this position, you control the ball, not the other way around. It is important to find a middle ground because this state allows you to achieve more. ”

Wicket-keepers, who have changed several leagues, note that the conditions of play in England, Australia and Asia differ markedly. It is due not only to the peculiarities of the climate but also to the gaming traditions and the specifics of local venues. For example, the famous Australian wicket-keeper Ian Healy noted that the rebound is more stable in the fields of the Green Island, which in turn leaves more room for maneuver. Indian sites, on the other hand, are much less convenient for wicket-keepers, who have to resist local spinners who know how to spin the ball, changing its flight speed masterfully.

Separately, it should be noted that the wicket-keepers are the only ones who are allowed to put on additional protection on the field (# 27, p. 1 Laws). At the same time, the judges strictly ensure that there are no additional “membranes” on the gloves of the wicket-keepers (the only exception is the braid between the thumb and forefinger, which makes it easier to fix the caught ball).

This is interesting: Wicket keepers are considered a bit eccentric. In particular, there were jokes that some of them went out into the field with pieces of steak in gloves in the old days to make them more bouncy. According to one of the legends, the famous Wicket Keeper Jack Russell slept with gloves under his pillow, and his colleague Alan Knott wore gloves at home so that they did not lose their elasticity.