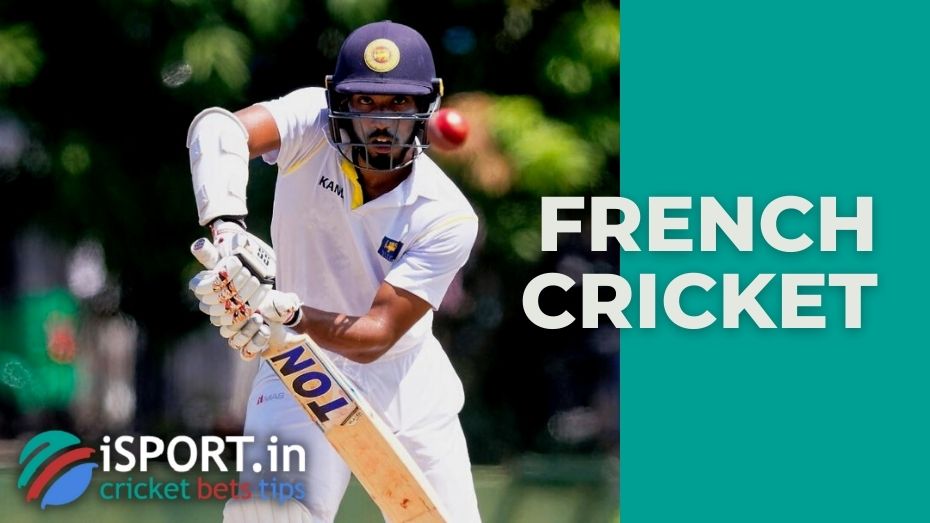 Cricket is one of the most popular sports in the world. Hundreds of millions of people play it. According to historical data, cricket originated in England in the XVI-XVII centuries. Today, this sport is played in almost every country, if not at a professional, then definitely at an amateur level.

The game French cricket is one of the varieties of cricket. There are no championships at the professional level in French cricket. Usually, you can play it at barbecues, parties, on vacation. This is such a simple game that sometimes French cricket is referred to as children’s entertainment.

The game involves only one player with a bat. His task is to protect himself from field players. The task of the fielders is to knock out the batsman in the shortest possible time. A player with a bat can be dismissed in 2 ways: the fielder must hit him with the ball on the legs (below the knees) or after hitting the ball before it bounces off the ground (as in professional cricket).

There is also a 3rd option, but it is used very rarely. It is called one hand – one rebound. Everything is simple here. After hitting the ball, it can bounce off the ground once, after the fielder catches it with one hand and tries to knock out the player with the bat with the same hand. To knock him out, the ball must necessarily bounce off the ground once. Whoever was able to catch the batsman – the next one takes the bat, and the game continues (the previous player with the bat takes his place). All actions take place in a small circle. The player with the bat is in the circle’s center, and the fielders form this circle.

Normally, a batsman is not allowed to move. He is obliged to stay in the same place, facing the same direction throughout his game (sometimes, by agreement, the player can turn around on the spot). In order not to be knocked out, he keeps the bat at his feet.

Of course, the rules of French cricket can be changed based on the number of people, their age, the place of games, etc. In one of the variants, as soon as the fielder has caught the ball, he cannot move until he passes the ball to his partner. Passes can also be carried out in different ways.

There is no official version of the name French cricket. Many believe that since this is a smaller version of ordinary cricket, the name was invented for the sake of ridicule both at the game itself and at the French. But, interestingly, there are no French roots in the name. Presumably, it was named so because of the French word croquet. And croquet is a game that was also invented in England (they also use a bat and a ball at the game, but the rules are radically different).