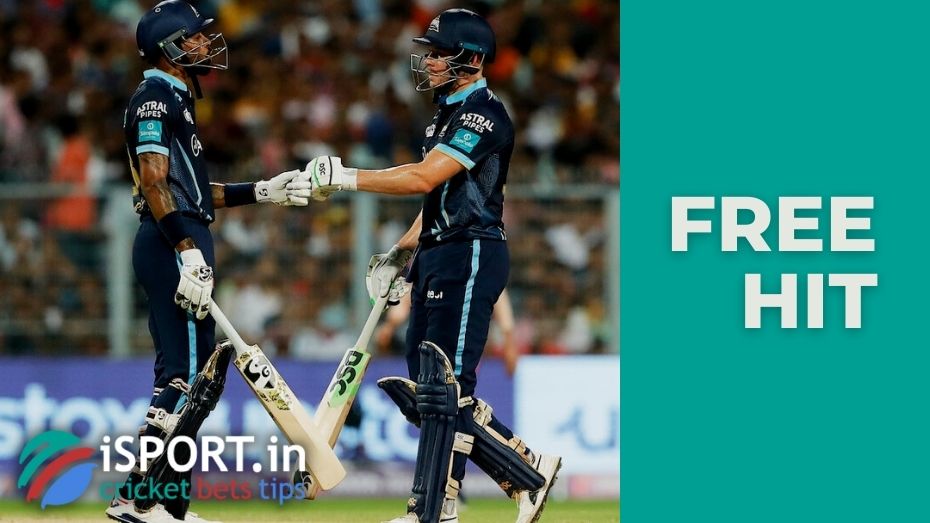 A free hit is a draw in professional cricket played immediately after the match referee determines the previous throw as no ball. Free hit appeared only in 2007. This rule is common in cricket competitions with a limited number of overs. A free hit is a very interesting draw, which almost always brings positive results for the batting team and indifference (failures) for the pitching club. Learn more about free hit in our article.

Each sports game is based on certain rules. This also applies to cricket. In this sport, there are Laws of Cricket, which were first mentioned in 1744. The Laws of Cricket are adjusted and changed throughout its history. So, already in the XXI century, namely, in 2007, the term free hit appeared in the rules of cricket.

A free hit is a certain bowler’s serve that comes immediately after an illegal serve called no ball. The no ball rule is specified in the Laws of Cricket under paragraph 21. The pitch is recognized as a no ball if the bowler, due to his actions, could not correctly throw the ball towards the batsman. Illegal actions include:

If something from this list happens, the match referee stops the game according to the no ball rule. Today, in almost all cricket championships (except first-class cricket), after the resumption of play, except that the batting team receives an additional run, the next innings at no ball will be called a free hit.

As you have already understood, a free hit is another bonus for batsmen. A free hit is awarded to the batting club to punish the batting team for violating the rules. With the help of a free hit, a player with a bat can easily replenish the number of team points for 4 or 6 runs at once.

This rule applies only to tournaments with a limited number of overs (One Day and Twenty20). The free hit was first used at the T20 World Cup in 2007 in South Africa. Then the pitch was used exclusively only after the batsman’s spade. But since 2015, it has been determined that a free hit is served after all the cases included in the no ball rules.

Thanks to free hit, a player with a bat can play more risky cricket. This is because the batsman has his own certain advantages:

There are such moments when, with a free hit, the throw again turns out to be illegal. In such cases, the serve is simply replayed until the throw is correct (of course, if the bowler constantly serves incorrectly, the judges will exclude him from the game).

However, free hit does not give 100% protection to batsmen. Players can be dismissed if: when running over, the batsman does not have time to protect the wicket and fielders will knock it out; the batsman hits the ball twice with the bat in one inning; the batsman creates an obstacle on the field (more about this in Law number 37).

What is forbidden to the serving team? Fielders are not allowed to change positions if the same batsman is playing in the no ball and free hit innings. In fact, the free hit throw is meaningless for the serving club. The only thing is that they can change the bowler’s serve, try something else (different throwing tactics, new techniques, etc.).

So that the players and the audience understand when the serve is recognized as no ball or free hit, the match referee shows certain gestures. So, if he puts one hand at shoulder level parallel to the ground, it means that the serve is no ball. If he raises one hand and shows circular movements in the air with his fingers – this means that the next serve will take place according to the rules of free hit.

Read even more relevant and informative information about Pinnacle Vip code on other pages of our website.