First-class cricket: what is it? 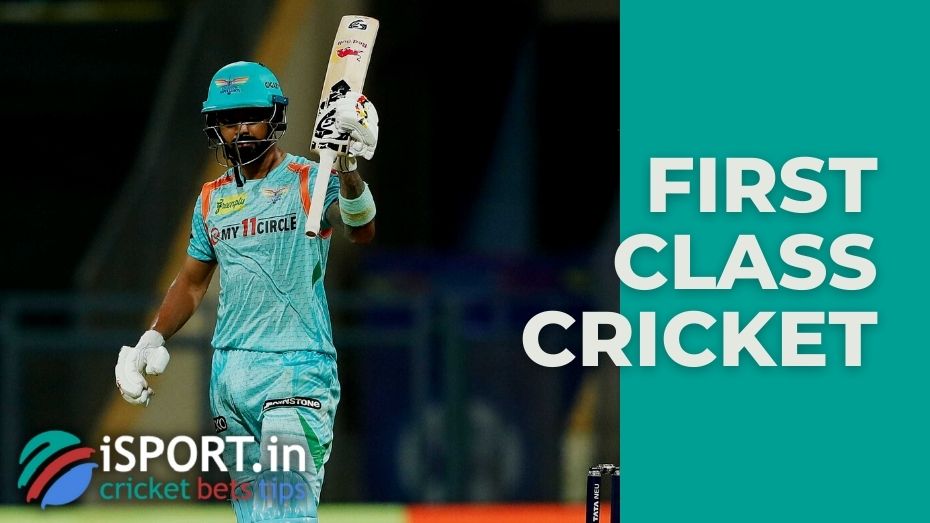 There is a certain qualification of club meetings in cricket to determine the level of a match. Only the best teams can take part in some tournaments, and some are created specifically for beginners. First-class cricket, as the name implies, is the official qualification of international and national top-level matches.

First-class cricket matches have a variety of criteria that determine the game to be top-notch. In short, this is a game lasting three or more days between teams that meet a certain standard. Each team has eleven players, and the competition itself should allow clubs to play two innings (although it often happens that fewer innings are played in the end).

First-class cricket, together with List A and Twenty20, is the standard form of cricket. The term itself is unknown, but it is absolutely clear that it was used long before the qualifications acquired official status. One form of First-class cricket is Test Cricket, as well as many others.

First-class cricket: from the beginnings to the present day

Until the moment the term First-class cricket was agreed, it went through a long, long history. It was used even in freestyle and did not have an official status before 1894. First-class cricket was used to denote a match of high standards. However, it was not necessary to use the word “first-class” to do this. Both “important” and “large” and any other similar adjectives were suitable.

For a long time, any match involving senior county clubs in the UK was called “first-class” because the concept had not yet been developed. No one was in a hurry with the exact phrasing because there were not many big clubs.

But as time went on, cricket became more and more popular, so the problem of classifying first-class matches became more acute. As a result, after meetings with the secretaries of the clubs participating in the County Championship, it was decided to give the term “first-class” official status. Officially, the first first-class match took place in the 1895 season between MMC and Nottinghamshire at Lord’s Stadium (the former won 37 rounds apart).

Years passed, and finally, in May 1947, the Imperial Cricket Conference (ICC) formulated the concept of “First Class Cricket”. In addition, the council determined that the term should not have a retrospective effect. In short, matches of three or more days between two teams of eleven players began to be called “first-class”, while the teams themselves should also be recognized as “first-class”. Anything that does not meet these requirements is not considered “first-class”. The cricket governing bodies of each country may determine the status of teams.

Thus, the ICC has given international recognition to the MCC’s definition as early as 1894.

Interestingly, statisticians have a problem about which matches in the entire history of cricket are considered “first-class”. This is due to the lack of any kind of regulations from the ICC. Some statisticians believe that earlier matches should not fall into this category at all, while others believe that all high-standard games in history should be counted. Of course, such differences of opinion do not affect the process of the game and the organization of matches. Therefore, only a certain category of people is interested in it, but this problem is happening.

First-class cricket: when a match is considered first-class

Determining, that a match is definitely the First-class cricket, is not easy. There are many more criteria for this than those we wrote about above.

Therefore, we will try to concretize these criteria, taking into account the definition put forward by the ICC:

The definition of “test match” is also introduced. It is considered a “first-class match” between two teams whose countries are full ICC members.

By the way, Indian bookmakers love to offer players a wide line of listings for first-class matches. Here you can find various bonuses and promocodes that will make your sports betting (and not only spectacular cricket tournaments) even more enjoyable.