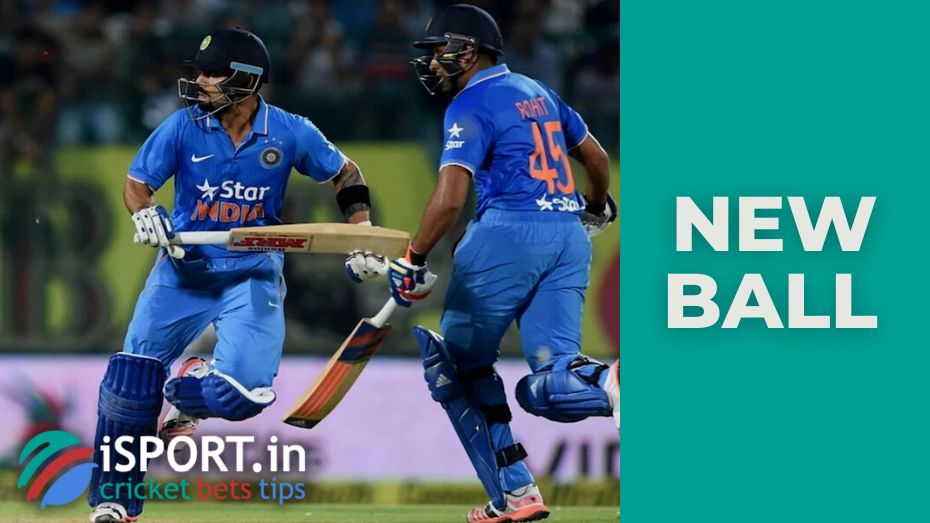 The ball in cricket is presented in the form of a hard and hard ball. Usually, it is made of cork (phellema), wrapped with string, and a leather cover is sewn on top of it. In competitions, balls can be of different sizes (depending on the gender and age of the players). Circumference ranges from 8.06 to 9 inches and weight from 4.69 to 5.75 ounces.

In addition, the cricket ball has different colors. In test or first-class matches, red balls are traditionally used. In games with limited overs, white balls often appear. It happens because such a match takes place in a day, and sometimes the game can drag on until late in the evening. White helps players and fans to see the ball even at dusk. Since 2010, pink balls have been introduced (players play in white clothes quite often, and balls of this color are used to provide some contrast).

It is logical to assume that every ball wears out. During a match, the ball can change so that it will not be used anywhere else (they are thrown away). The different state of the ball greatly affects the game. Now we will briefly analyze the difference between a new ball and a worn one.

The new ball plays a positive role in most cases for a batsman. After all, when the ball is solid, it has its advantages: it flies faster, it bounces better off the ground. When the ball starts to wear out, its speed gradually decreases, upsetting the batsman. But this has its plus. This is due to the bowlers. There are times when the ball gets soft. It means that he practically does not pick up when giving speed, and the batsman can easily beat him off. White balls lose their original qualities most quickly, so at least two balls are used in matches with a limited number of overs.

Depending on the style of serving, fast bowlers can use different balls. Bowlers serving conventional swing prefer the new ball. And those who specialize in reverse swing prefer the old ball. But, as mentioned above, somewhere in the 75-80 overs, the ball can no longer develop high speeds during throws. It isn’t very pleasant for any bowler.

What is spin bowling? Spin bowling is a throwing technique where the ball flies slowly and evenly, but it can abruptly change its trajectory after bouncing off the pitch. Bowlers who serve these throws are called spinners. So they only need the old ball. Because due to wear (roughness), the old ball bounces better and bounces off the ground with greater deflection. Of course, spinners are needed in the later stages of the game.

In test or first-class matches, new balls are used at the start of each inning. You can’t just change the ball. However, there are some exceptions in the Laws of Cricket:

If the ball flew to the audience, it must be returned. By the way, if the ball is lost or changed, it will not be replaced with a new ball, but with a used one with a similar condition (there is always a reserve).

Some bowlers may deliberately change the shape or state of the ball. This is done so that the ball can develop speed faster or better bounce off the pitch. Therefore, in the Laws of Cricket, there are points with some restrictions for players:

But, as they say, rules are needed to be broken. In cricket history, several times are recorded when players carried ball tampering with them. These players include New Zealander Chris Pringle, Indian cricketer Rahul Dravid, and the famous player Sachin Tendulkar and others.

Another important point is the safety of players, be it new ball or old ball. Since the balls are hard and fly at high speeds, they are potentially dangerous. One of the most recent unfortunate incidents occurred in 2017 when Pakistani player Zubair Ahmed died from a blow to the head with a ball. Therefore, today they are looking for various alternatives. They try to use something similar to tennis balls or make them from a lighter material (but so far, they are not officially used in competitions).