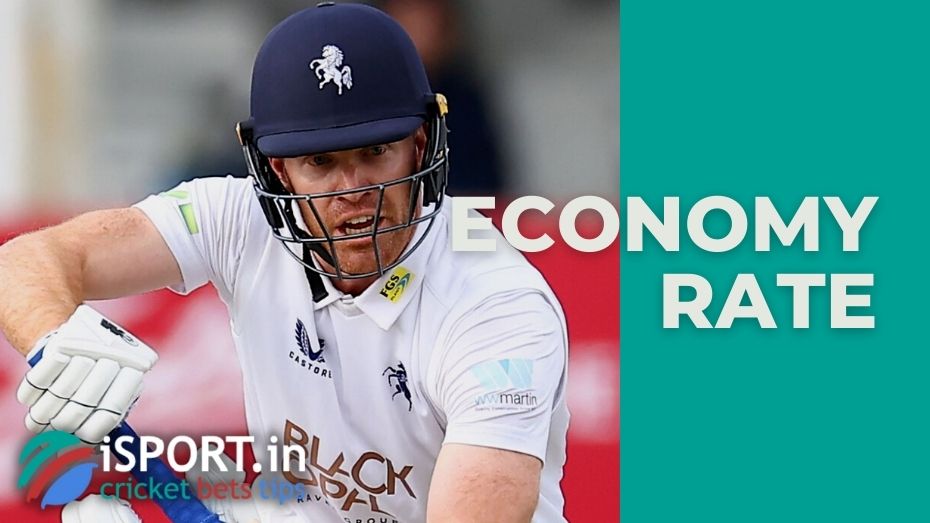 This term is used by bowlers. Thanks to the economy rate, you can understand the level of the player throwing the ball. The value of this stat is especially important in matches with limited overs.

A simple formula is used to calculate the economy rate:

The bowling average and strike rate data are also applied to assess the capabilities of the player throwing the ball fully. Note that byes and leg byes are not taken into account when calculating the economy rate. At the same time, the bowler may be penalized for bad shots and no-balls.

Why is the economy rate more important in limited overs matches? The bowling side (mainly the bowler) tries to limit the number of runs that the opponent can score. In this case, the time for wagering is less than in test matches. It is also important to understand that the innings end after the team has knocked out ten opposing players in the Test format. In the One Day International format, the innings are declared completed at the expiration of the specified number of overs. At the same time, the players of the serving team must try to knock out the opponent’s cricketers to earn a wicket.

Let’s note the average indicators of the economy rate as of the end of 2020 when the statistics were last updated:

Recently, the economy rate has been increasing as the dynamism of the cricket game is growing.