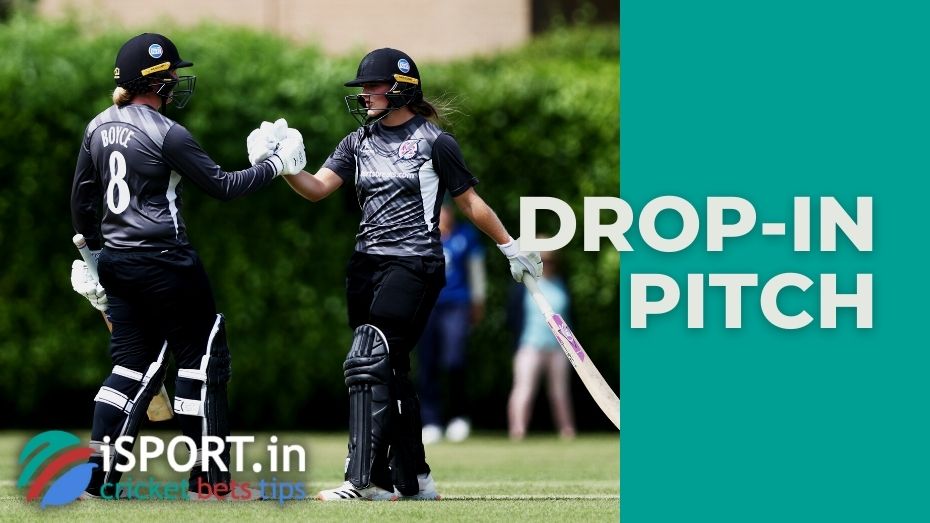 Cricket sometimes uses pitches that are not created locally but imported from elsewhere and located on the field. They are called drop-in pitch. This advantage can be used for matches in stadiums that are not intended for team sports.

Drop-in pitch can also be used to protect the pitch from rapid wear. If you play cricket on the same field for several seasons in a row and do not change the surface, it may become unusable.

The Western Australian Cricket Association developed a drop-in pitch initiated by John Maley. This coating was used as part of the World Series for the first time, which took place in the 70s of the 20th century. The competition could not be held at that time because the fields were located in temporary stadiums. Note that this innovation was supposed to increase interest in the game. It happened after a white ball, colored clothing, helmets and spotlights were used in cricket. The drop-in pitch seemed to be a very gripping surface for the players. It was possible to throw the ball on it uncomfortable for the opponent, using unpredictable rotation.

Subsequently, some tournament organizers abandoned the use of the drop-in pitch — for example, the Brisbane Cricket Ground and the Queensland Cricket. The latter stated that they decided to return to using the permanent site due to weather conditions. At the same time, Australians and New Zealanders continue to use this feature actively. Let’s say the drop-in pitch is on the Melbourne Cricket Ground.

The drop-in pitch is not used actively in other countries. In England, only occasional matches are played on temporary coverage. The USA wanted to follow the lead of the Australians and New Zealanders, but because of a lack of certain soil in the key states for the cricket of this country (New York, California and Florida), it was decided to abandon the idea.

You can bet on your favorite team with Pinnacle promo code.