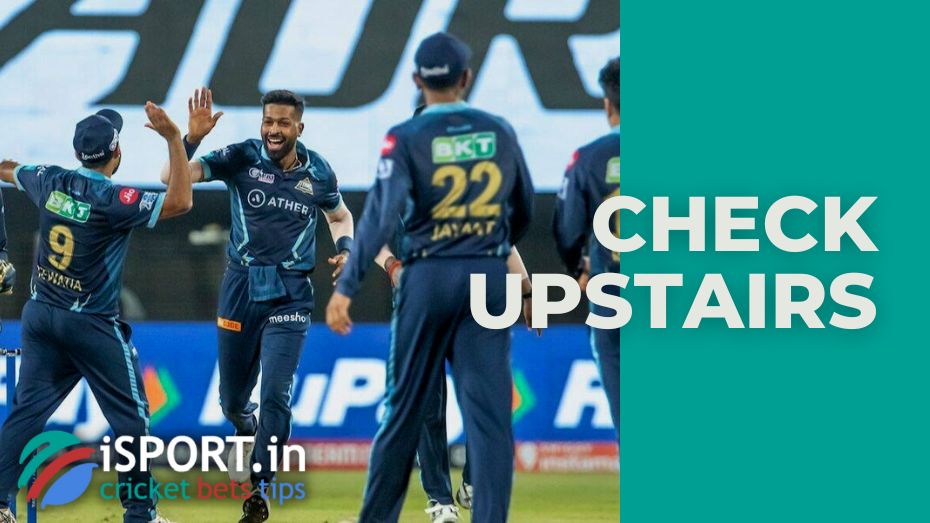 Modern cricket consists of many incomprehensible phrases and expressions. In this brief overview, we will try to explain the meaning of the terms check upstairs and chest on. We believe these are necessary words and actions in every professional cricket tournament.

Check upstairs – what is mean?

Controversial situations arise quite often in cricket at various tournaments that cannot be resolved without the intervention of the referees. To date, professional matches are served by a team of 4 judges:

Check upstairs means that a controversial moment arose during the game, and the help of the 3rd referee is needed, who monitors the replays. It is he who helps to make a control decision.

For such situations at the championships, the DRS system is used – Decision Review System. This system was officially tested in 2008. Although the third referee appeared in tournaments back in 1992, due to the limited technology at that time, his functions were very different from modern ones.

DRS was first tested in the India – Sri-Lanka match in 2008. After a good start, the International Cricket Council approved the use of DRS in test matches. The debut game using this system took place in November 2009 between New Zealand and Pakistan. At first, video replays were mandatory in tournaments, but later, the ICC proposed that both teams decide for themselves whether replays are needed in matches.

Every year the system has been changed and implemented in different countries. In 2014, Australia began using DRS for One Day International matches. In 2017, ICC agreed to use ICC World T20 for all future competitions. This first tournament was the ICC Women’s World T20 in 2018. Today the DRS system consists of the following components:

The third referee watches the episode from different cameras and only then reports on the field whether the request is confirmed. According to the analysis carried out from 2009 to 2017, the DRS accuracy is 90%.