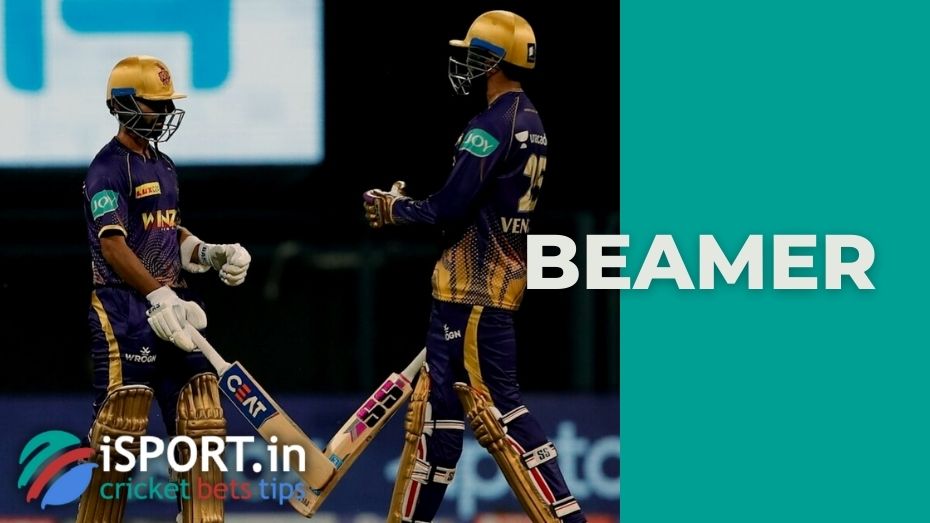 Despite the external easiness, cricket is considered not quite a safe sport. There is a reason that cricketers use helmets in the game. At the amateur level, people do not play with a professional ball, but most often use a tennis ball, which is lighter. Athletes experience the greatest risks when bowlers throw. One of the unpleasant ones is the beamer. With it, the ball passes at the level between the waist and the batsman’s head.

Why do players perform beamer, having information about its danger? The fact is that such a throw is not always made intentionally. Most often, such actions can be seen from young players who have not yet fully developed their technique. Sometimes throwing players bowl a yorker which goes askew. Sometimes bowlers are hindered by a wet ball or sweaty hands. In a fit of struggle, players may not wipe the ball from moisture properly. And if there is a fine rain, then everything becomes even more difficult.

Technically, it is more difficult for a bowler to control high throws than low ones. In turn, the batsman can expect the ball to hit the wicket and therefore may not pick up the flight of the ball and may be struck by it. Law 41.7 prescribes how the umpires should act in such episodes. In test matches for beamer, the umpire punishes the player with no-ball and issues a warning. In the One Day International and Twenty20 International cricket formats, the umpire indicates a free hit and also issues a warning. Repeated violations of this rule can lead to the suspension of a cricketer for the end of an innings or even a match.

In cricket, there is also a similar type of strike – bouncer. In this case, the bowler can legally send the ball towards the opponent’s head. Why is this strike legal, unlike beamer? It is believed that the bouncer is much easier for a batsman to reflect because in this case, the ball flies along the same trajectory.

Most often, the umpires make do with warnings, after which the players are careful and no longer throw the beamer. However, there are exceptions in the history of cricket when cricketers were removed from the field for violating this point of the rules:

For sure, strict punishments for beamer appeared in cricket after several cases when players died on the field due to strong hits of the ball in the head.