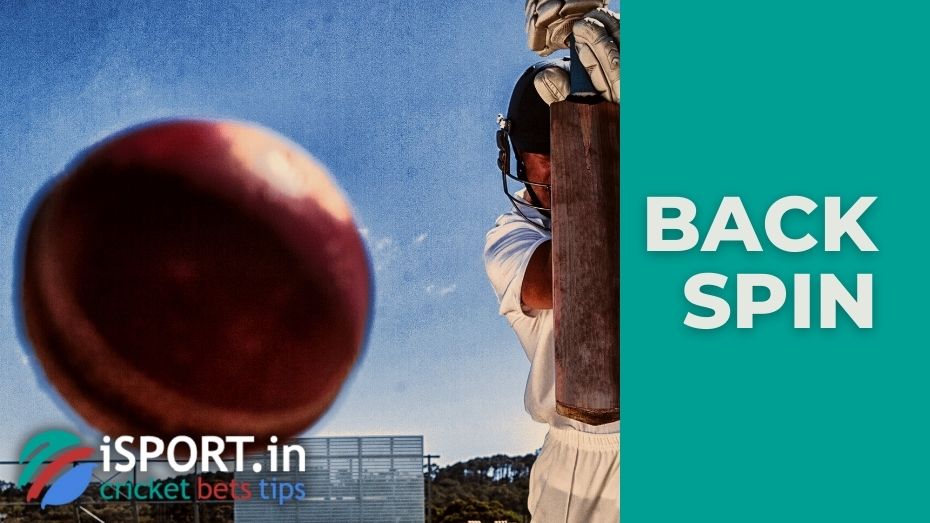 In many sports, the concept of back spin is used. This is a kick or throw, after which the ball rotates in the opposite direction as if rolling away from the receiving player. In this case, the Magnus effect is used when the rotation transmits an upward force that lifts the ball.

Back spin: the basic meaning

In cricket, the back spin throw is not liked by batsmen, who have to guess the bounce of the ball after the opponent has performed a bowling action. Sometimes in cricket, in the context of this situation, instead of back spin, they say under spin. In fact, it’s the same thing. Top spin is an absolutely opposite type of back spin kick.

Back spin is actively used in sports where athletes play with bats. For example, in table tennis, there are four phases of a backspin curve. Experts note that Asian athletes in this sport most effectively perform this technique, so they often win major tournaments. In cricket, back spin is considered an attacking technique since bowlers perform it. In tennis or table tennis, this is more often a defensive strike. Given that the ball is flying in a certain arc, the defending athlete has more time to return to the starting position.

The advantage for representatives of tennis and cricket, who hit balls after back spin, is the fact that athletes can play since the summer. For example, in table tennis, players must wait for a rebound. Often it is the rebound that seriously complicates the situation on the playing field.