Away swing (out swing) 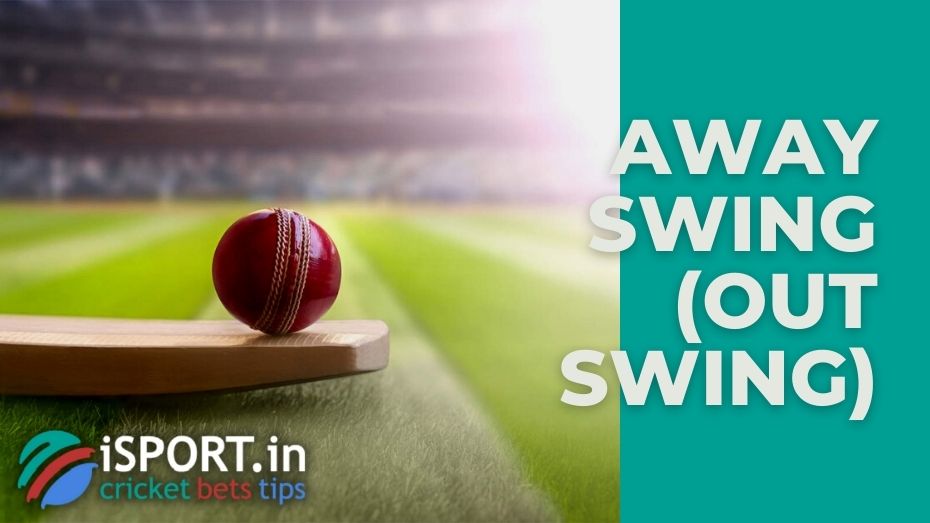 We continue to get acquainted with the terms in cricket. Away swing (out swing) is a throwing method that swing bowlers effectively use. If you learn to make this movement, it can become one of the most dangerous for the opponent. This is the opposite of an inswing delivery.

Away swing (out swing): the basic meaning

When making an away swing (out swing), the player holds the ball with the seam at an angle; his two fingers grab both sides of the seam. Experts advise to observe several important conditions:

Due to the pressure difference when moving on a rough and smooth surface, the ball must be pushed in the direction to the left; as a result of making an away swing (out swing), the ball curves or swings. Because of the manipulations used by the batsman, it is very difficult to take the ball and hit it with the bat since the projectile literally goes to the side. 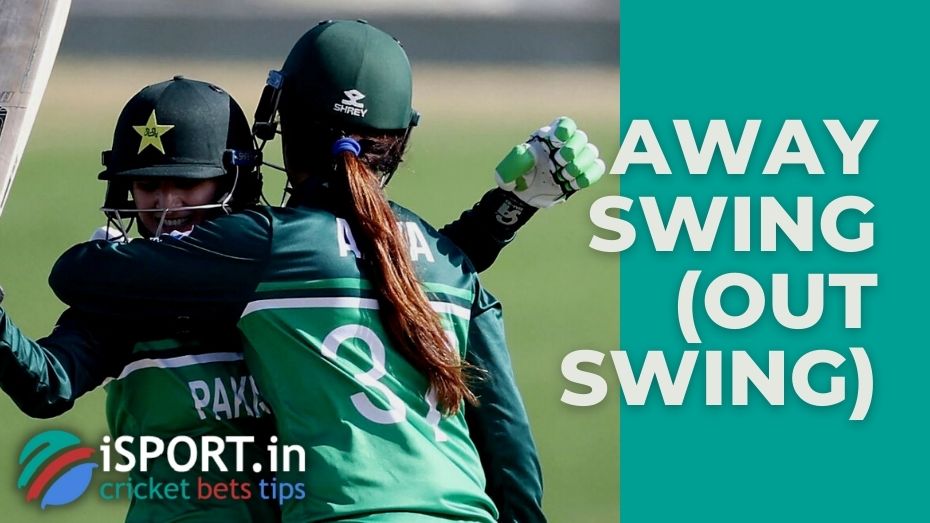 Away swing (out swing): advantages of using

When we talk about a right-handed batsman, the bowler performs a swing to the right side, that is, towards the off side. It is because of this that players who perform such a technique are called outswingers. For a left-handed batsman, the swing goes in the direction of the body and legs. Thus, the outswinger becomes inswinger. For a right-handed batsman, the away swing (out swing) is one of the most unpleasant throws. They must follow the flight of the ball throughout the entire distance. In addition, it is a very beautiful technique that cricket fans like. It is important for bowlers to be powerful, but first of all, when performing this action, you need to be well prepared technically.

You can learn to perform away swing (out swing) without reference to the level at which you play and at what time you started practicing cricket. When playing against right-handed batsmen, attacking players try to send away swing (out swing) as often as possible, approaching this technique in different ways. Sometimes the bowler can deceive the batsman by serving an off cutter instead of an away swing (out swing). To do this, the length of the ball’s flight with yorkers and bouncers varies. When swinging, the effective length is at the top of the stumps (usually two-thirds to three-quarters of the field length). Thus, the attacking players have the intention of bowled or lbw batsmen.

Away swing (out swing): the best players

Among the players who perform well away swing (out swing), experts distinguish James Anderson. Despite turning 39 in July, Anderson continues his career, playing for the England national team and Lancashire County Cricket Club. He holds the record among English cricketers for the number of wickets scored in the One Day International format. James is the only fast bowler from England who has more than 600 wickets in Test matches. In the summer of 2021, the player played the 162nd match for the national team and is the record holder for this indicator.

Dale Steyn, who plays for the South African national team, also stands out among the cricketers. He is considered the best bowler of our time and one of the best in history. Dale led the world ranking in the Test format for 263 weeks in a row. In the summer of 2021, he turned 38 years old. Back in 2019, Steyn retired from test cricket to focus on games in other formats.