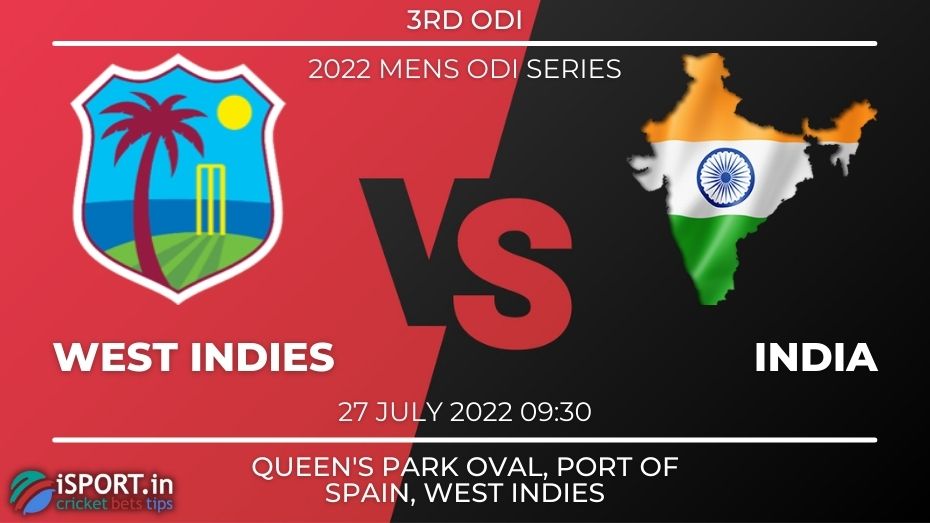 Our information portal has prepared a prediction for the West Indies – India match, which will take place on July 27. The India national squad has already taken the ODI series, but maybe Phil Russell’s wards will be able to take the prestige match? Let’s figure it out.

The West Indies are in terrible shape — today’s nominal hosts have lost five matches in a row. Phil Simmons’ guys first lost the ODI series to Bangladesh, and then they lost to India twice in a row. Today, the West Indies will face India for the third time. Rahul Dravid’s club is no longer motivated, so the Indian team is unlikely to give 100%. The West Indies have lost 8 matches in a row in the ODI format, but sometime this unsuccessful series should be interrupted. And why wouldn’t that happen today? Seeing that Simmons’ team is now on the decline, bookmakers have written the West Indies into obvious underdogs, but Phil Simmons and his charges may well create a sensation.

There is a feeling that it’s time for Phil Simmons’ guys to interrupt a series of unsuccessful performances. Frankly speaking, the West Indies looked good in the first two ODIs with India: the first match was lost with a handicap of 3 runs, the second with a margin of 2 wickets. The India team is much less motivated, so I’m ready to believe in the sensation: the victory of the West Indies for 3.25.