Upper Cut: an overview of the cricket term 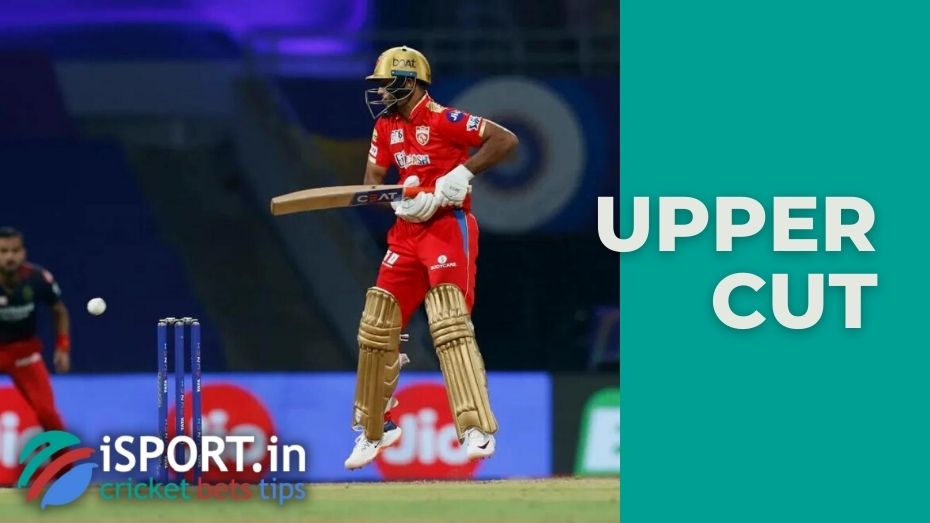 Sometimes what happens on the cricket field can cause such genuine delight that fans rarely experience. This happens mainly with beautiful serves and kicks on the ball. Some bowlers and batsmen do something that simply blows our heads and seems beyond the human body’s capabilities. An example of a very unusual action on the part of a batsman is the Upper Cut.

This very strange strike is considered to be one of those that are very difficult to make. Moreover, before its first appearance, it was generally difficult to imagine that a batsman was capable of such a thing. This article will briefly describe what the Upper Cut is and tell you about the legendary batsman who came up with this blow.

First, let’s briefly describe what the Upper Cut is. It is a very original shot that a batsman makes against a short ball or bouncer and is performed as follows:

For the Upper Cut, the batsman dodges the ball slightly downward and kicks it directly overhead. The result of a correctly executed kick is the ball sent to the third-man zone.

The difficulty in carrying out such a blow is that it requires maximum concentration and instant reaction. The batsman must effectively predict in advance the ball’s direction to hit it with the Upper Cut perfectly. A mistake in action can lead to loss of points or even injury. That is why few batsmen own and use this technique.

For the full Upper Cut experience, we recommend you find a video on YouTube titled “Top 10 Best Upper Cut Shots in Cricket || Perfect Reply to Bouncers.” In it, you can visually look at what we described in the text version and make sure of the complexity of this type of blow.

Any complex and unusual technique of cricket strikes has its author, who once performed it for the first time. The Upper Cut is no exception. The first in the history of cricket was performed by the Indian batsman Sachin Tendulkar, also known by the nicknames Little Master and Master Blaster.

A small excerpt from the biography of Sachin Tendulkar:

The athlete was born on April 24, 1973, and his sports career lasted from 1989 to 2013. He played for India’s national team and various clubs, not only Indian ones. Considered one of the greatest batsmen in cricket history. He is the 16th player globally and the first in India to score over 50,000 career runs.

Now let’s go directly to the Upper Cut and what Sachin Tendulkar says about it. The athlete shared how he invented and used this punch while communicating with his audience via a video broadcast on YouTube. Here are the highlights from Sachin Tendulkar:

In addition, Sachin Tendulkar noted that his kick alarmed many of the fast bowlers at the time. The point is, they throw bouncers to concede a dot ball. However, the invention of the Upper Cut made its own adjustments to the game.

Now you know what the Upper Cut is and how it came about. What, in your opinion, is the most unusual and striking blow in cricket? Share your opinion in the comments below this article.