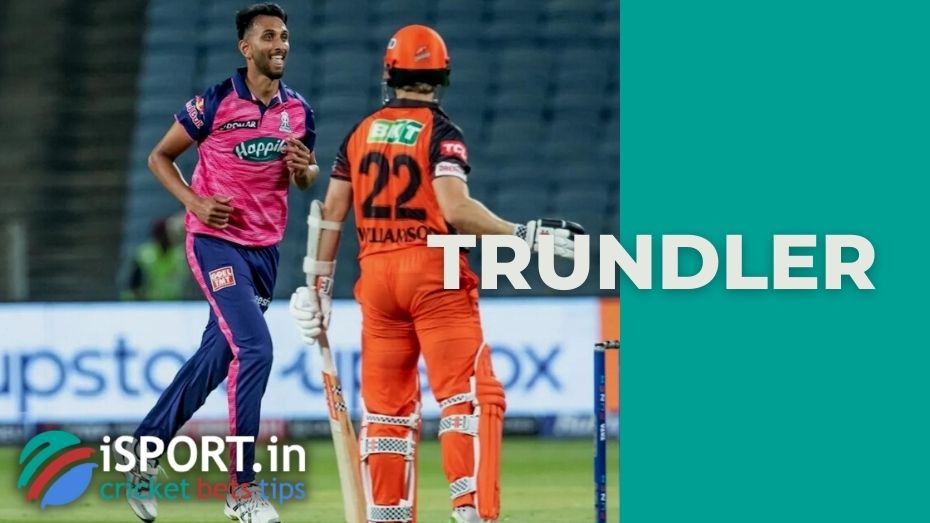 The Trundler is a stable and reliable medium-pace bowler who does not boast outstanding playing skills but is an irreplaceable team member.

There are several options for classifying fast bowlers based on either the speed aspect or the serving characteristics. In the first case, the Trundler, as a rule, closes the list or occupies one of the bottom lines:

It should be borne in mind that even in the most popular classification of bowlers, there is always an element of subjectivity (for example, Fast-medium and Medium-fast can swap places). Also, fast bowlers may not serve the ball at the above-average speed in professional cricket and still fall into this category. A prime example is Anil Kumble, whose maximum is 110 km / h.

Experienced fast bowlers can also vary the feed rate depending on the specific episode, match and court specifics, and who exactly is opposing them. For example, Brett Lee, whose average feed speed is 145 km / h, can reduce it to 120 km / h, making it difficult to maintain and update statistics. That is why the Trundler can literally “roam” from category to category, which is not a mistake in the strict sense of the word.

As a rule, the Trundler gravitates towards seam-type serves, where catching the ball plays a key role (the thumb at the bottom of the seam, the index and middle fingers wrap the ball from above at a short distance from it). If the serve is done correctly, the seam remains vertical until it touches the ground while the ball rotates around the horizontal axis. One of the key differences from the spin-type serve, in this case, is the absence of a pronounced Magnus effect – the ball changes trajectory when it rebounds from the pitch and not in the air since it is not Trundler’s task to spin it.

It is noteworthy that Trundler cannot be called one hundred percent all-rounder. Even though he, as a rule, is the main player, he has special playing preferences, which also relate to the state of the pitch. The Trundler, for example, performs much better on hard, uneven terrain. Unlike spin bowlers, he can squeeze the most out of an imperfect pitch since the very essence of his tactics is to provide the ball with the most unpredictable bounce angle possible, thereby complicating the task of the opposing batsman.

The second most preferable for him are grass pitches and, finally, the list is closed by the so-called “flat paths”, that is, playgrounds processed with rollers to the smoothest possible state. If the Trundler is forced to play this particular pitch, then, as a rule, he resorts to more aggressive tactics, which does not always pay off.

Nevertheless, despite all of the above, the Trundler rarely leaves the base, as he is distinguished by the discipline that captains value very much. Trundler is especially useful in limited-overs where the opposing batsmen cannot afford to wait for the right chance and are forced to look for scoring opportunities on their own. Some of the best Trundlers of all time include the following bowlers:

Interestingly, even though Alec ended his career quite early, he went down in history as the inventor of the special hit (Bedser’s “Special Ball”). The influence of the legendary Trundler on the success of the national team was so great that in 1996 Queen Elizabeth II awarded him a knighthood.