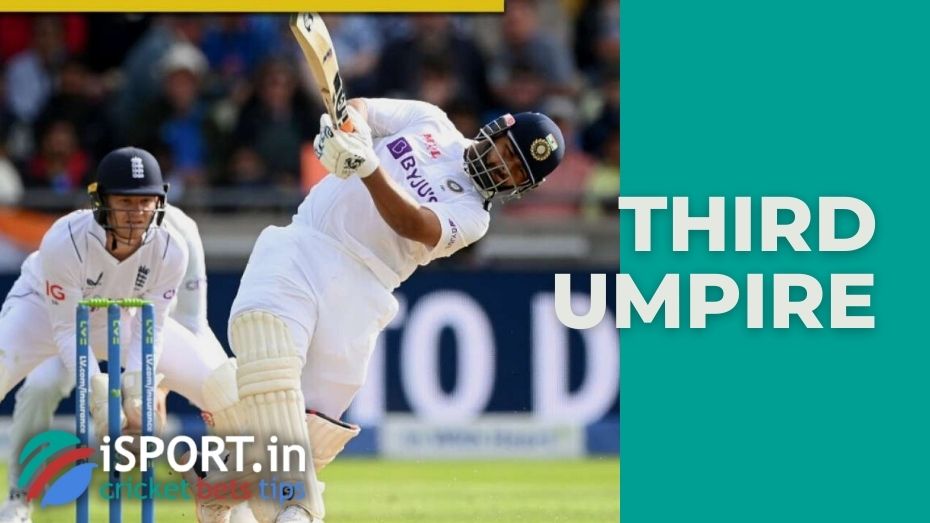 We have always said that cricket is an interesting but insanely difficult game. Sometimes even the referees fail to keep track of what is happening on the field in detail. But it is precisely on the decisions of the referee that the fairness of what is happening depends. Sometimes this turns into conflicts between referees and players, and then the concept of the third umpire was introduced to solve this problem. In this article, we will give all the details about this term so that you delve deeper into the rules of cricket.

Third umpire: the meaning of the cricket term

First, let’s go over the basics. There are usually two referees on the cricket pitch who are leading the match. But sometimes misunderstandings arise between them and the players: the referees can see the violation of the rules, and the players claim that nothing happened. It is where the third umpire comes into play.

The third umpire (also known as the TV referee) is an off-field referee whose role is to decide on issues arising between the two field officials and the players.

It is most often used in international cricket matches. In addition, the third umpire can take to the field in case of an emergency.

Interestingly, the TV referee can only intervene in the game if the parties to the conflict turn to him for this. The third umpire watches slow-motion video replays to carefully analyze every detail and make an objective decision on the situation that has arisen.

It is noted that the participation of the third umpire in matches is becoming more and more influential. Its appointment is in the area of ​​responsibility of the ICC Elite Panel of Judges and the International Panel of Judges for Test Matches, ODI and T20I.

Third umpire: a very brief history of the position

By the way, now the world-famous sportsman is a cricket writer.

The man’s debut in this position in test cricket took place in November 1992 in Kingsmeade, Durban, at the tournament of the Republic of South Africa against the India series. Karl Liebenberg plays the third umpire. The first batsman to be removed after watching television reruns was Sachin Tendulkar, a cricketer from India.

What functions does the Third umpire perform?

The work of the third umpire is very important to modern cricket. Moreover, with the growth of technology, the opportunities for a person to work in this position have grown. It means that decisions are made as objectively as possible.

The third umpire can perform the following functions:

Now you know all the information you need to know about the third umpire. We hope this will help you not only to enjoy cricket even more but also to make the most successful bets.