Swing: an overview of the method of throwing in cricket 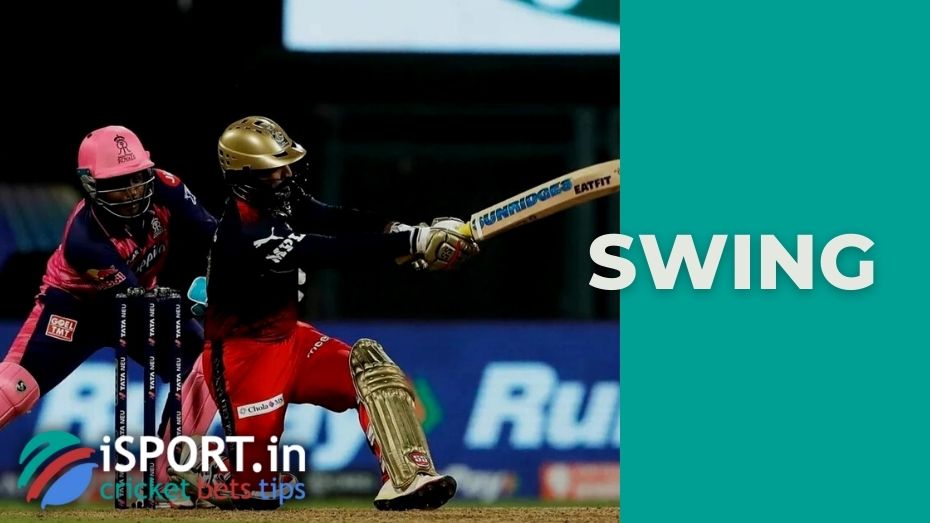 There are many techniques of serving and batting in cricket. Some of them are very easy to implement, and some require an athlete to have certain skills that require years of training. But, having mastered the cool techniques of serving and batting the ball, the cricketers give a real show on the playing field and earn many points to the team’s arsenal.

One of the most famous techniques of ball serving is swing. To master it, a bowler must spend a lot of time training because this serve considers a large number of factors that directly affect its quality. All the details about this technique are in our material.

Swing: varieties and techniques of performance

Before considering swing in detail and analyzing its technique, we will briefly define this concept. It will help to form an approximate idea of what this throw looks like in action.

Swing is a serving technique in which bowlers try to move the ball in the air before hitting the pitch.

It is assumed that changing the ball’s trajectory will deceive the batsman and force him to make a mistake. As a result, the ball will not be hit.

Performing swing is not an easy task. For an effective throw, a bowler needs to consider a number of factors that affect the serve. Let’s list the most important of them.

In addition, even weather conditions are taken into account by bowlers. So, cold and wet weather increase fluctuations. And if the air humidity is not very high, then this factor does not categorically affect the flow trajectory.

Interestingly, there are still disputes about the swing. The fact is that the wear of the ball directly affects the effectiveness of the throw. Therefore, there are cases when unscrupulous bowlers have tried to deliberately interfere with a cricket ball’s wear, for example, sandpaper. Such cases cause scandals in cricket and can lead to the disqualification of the participant who violated the rule for a long time.

However, such cases are not always confirmed; sometimes, acquittals are issued. For example, such an event occurred during the fourth test of Pakistan against England in 2006. Australian umpire Darrell Hair accused the Pakistanis of tampering with the ball, but a later hearing did not find enough evidence to accuse anyone of this.

It is also known that most bowlers who have mastered swing are right-handed. There are very few left-handers who can throw the ball perfectly in this way. The most famous among them are former cricketers Wasim Akram, Zaheer Khan, Alan Davidson and Chaminda Vaas. In modern cricket, this is a rarity.

At the beginning of matches, when the cricket ball is new, professional bowlers resort to the Conventional swing technique, which in turn is divided into two types. We will tell you more about each of them in this section of the article.

This type of throw is performed taking into account the following points:

This method of throwing is one of the most common swings in bowling.

Another common but more complex version of swing. We tell you about the main points that the bowler who makes this throw needs to know about:

The throw looks much more spectacular than in-swing, but it also requires much more skills to perform it.

Conventional swing throws are made at those moments when the cricket ball is relatively new. During the game, it wears out and makes it possible to perform another type of serving – reverse swing.

It is worth noting that this Swing technique is the most difficult, and not every bowler, even the most experienced, will be able to perform it. For clarity, we tell you about the moments that a player who is going to perform this type of throw should take into account:

To see more clearly how reverse swing happens, find a video on YouTube called “Simon Jones bowls Clarke – Ashes 2005, 3rd Test”. It is there that the perfect performance of the throw is shown right during a cricket match.

Swing from the batsman’s point of view

If the bowler’s task is to serve the ball beautifully and correctly perform the technique, then the batsman needs to hit the throw to score points. Swing is a very difficult serve for both a bowler and a batsman.

In general, there is no single strategy for how to beat swing from batsmen; it all comes down to reflexes and observation, which can only be developed with experience.

Now you know all the necessary points about the swing. Cricket will become even more interesting and understandable, and betting on it will be more successful.