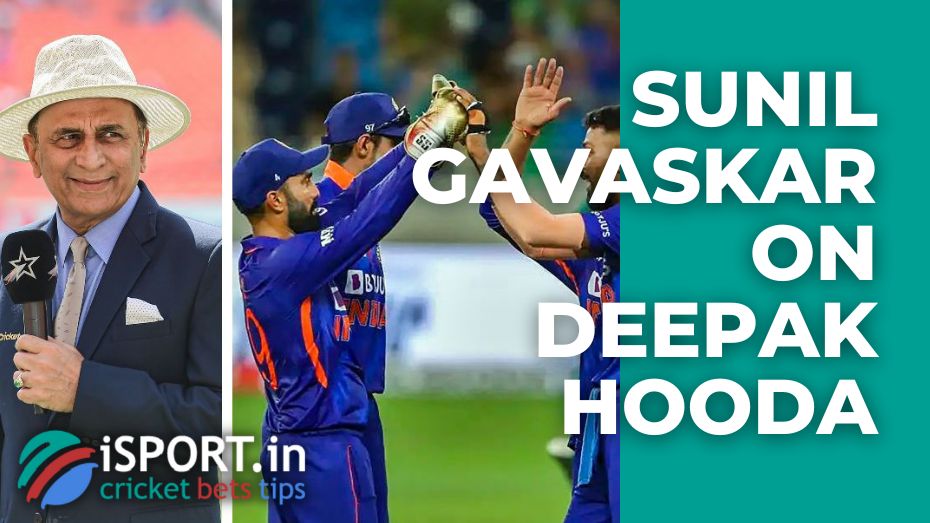 Authoritative expert Sunil Gavaskar highly appreciated the performance of the India national team in the match with Pakistan. Hardik Pandya, now one of the leaders of the Indian team, made a significant contribution to the success of Rahul Dravid’s team. But sooner or later, Hardik will need a rest. Sunil Gavaskar wants to see Deepak Hooda in action.

The 73-year-old ex-cricketer noted that he thinks Hooda is a very cool player who definitely needs to be given a chance. Gavaskar stated that Deepak Hooda could become a full-fledged replacement for the star Hardik.

“Sooner or later, Hardik will be given a rest, as not all matches are too important. Pandya is a very cool player, but everyone needs a rest. Deepak Hooda is a great option to replace Hardik. Hardik is a talented guy who already has experience performing at the highest level,” said Sunil Gavaskar.

The experienced expert also noted that he considers India the main favorite of the current World Cup in the T20 format.