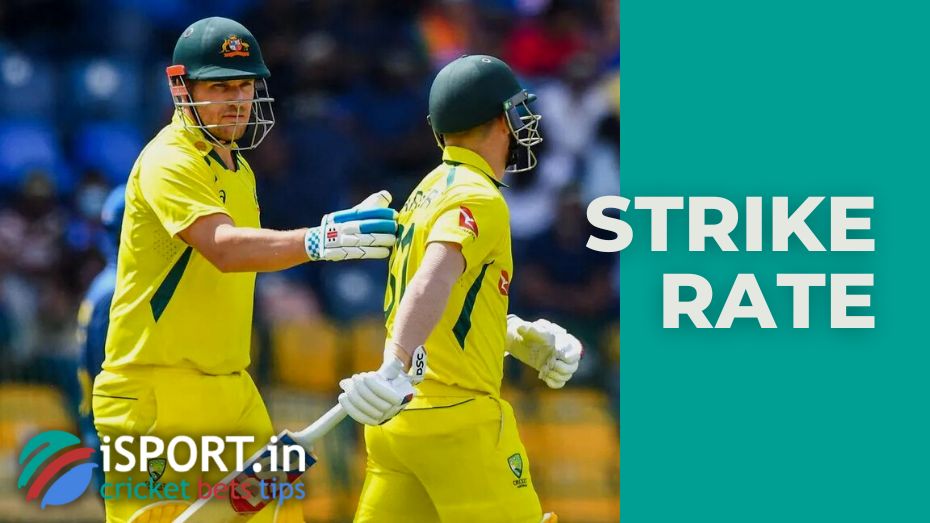 Strike rate is one of the main statistical criteria in modern cricket, which allows you to assess the effectiveness of a player on the field. There are two main types of the strike rate:

It is significant that both types of the strike rate became mandatory relatively recently, in the 70s of the last century when a new format was presented to the public – the One Day International cricket.

The batsmen’s strike rate refers to the average number of runs made per hundred balls. The higher the number, the more effective the batsman will perform. At the same time, it is important to take into account that this indicator is of secondary importance in test cricket. The reason is simple: since matches in this format stretch over several days, the batsman’s performance is evaluated primarily by the Batting average. It means by the number of runs scored before going out.

Much more important is the strike rate in the limited-overs format, where the number of balls per inning is limited. Thus, the faster a batsman scores points, the better his team’s chances of getting ahead. For example, in T20 the standard Strike rate is 150. Even though an experienced batsman may possess some equally useful skills, today the strike rate is considered the main criterion for his success and skill.

* In the test format, the strike rate is considered optimal at the level of 50.0 and above, in ODI this indicator starts at 90.0, and everything above a hundred is considered an outstanding achievement. In the T20I, the final strike rate estimate depends on the position of the batsman. So, in the overwhelming majority of cases, experts tend to start from the level of 135.0 and above. However, 140.0 or more is considered a good indicator for the Lower-middle-order, and at least 150 for Big hitters.

In the case of attacking players, the strike rate, on the other hand, is more important precisely in the test format, where the main goal of the bowler is to collect the maximum number of wickets. As for the limited-overs format, the top priority is to interfere with the opposing batsmen in these matches, who must issue as few runs as possible (therefore, wickets fade into the background in this case)

Another important difference is that the lower the strike rate, the higher the bowler’s effort will be evaluated, as it shows how many balls were served to capture the wicket. The more economical the attacker is in this case, the more effective he is, which means the higher his overall rating.

Interestingly, the English ex-batsman Gary Palmer claims that the Strike rate depends not only on the individual skill of the player but also on his psychological state. He recommends not neglecting mental training and, in the most difficult moments of the match, concentrating on the gradual collection of points, and not on an insufficient number of runs.