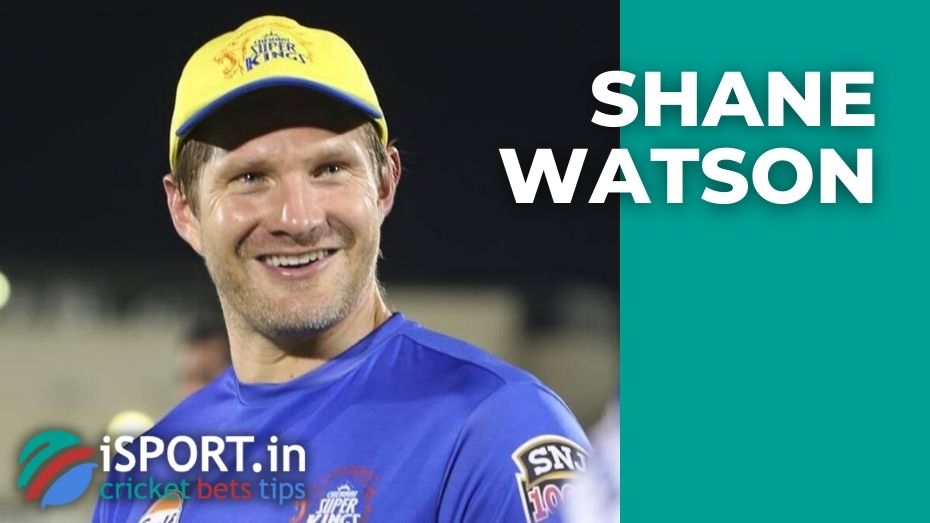 Australian ex-cricketer Shane Watson admires veteran Jonny Bairstow, who now represents the colors of the England national team in the confrontation with the Indian national team. The Australian noted that Johnny is one of England’s strongest players right now.

Shane Watson noted that Johnny, who was a survival of the England national team in the test format for a long time, finally managed to reveal himself from the right side. According to the Australian expert, Bairstow now understands exactly what is required of him in the national team.

“I have always been impressed by Jonny Bairstow’s high-quality and stable performance. He was very good in short formats, but now I can safely say that Johnny has managed to fully reveal himself in test cricket. He has a serious impact on the England team’s game, and now more attention will be focused on him,” said Shane Watson.

Do you like gambling? This is possible not only in the form of sports betting, but also in the casino. Read our Jeetwin promo code article to find out how to get a special bonus for new players.

It should be noted that Johnny was one of the most stable players of the England national club during 2022. Bairstow’s main progress came during the period when Brendon McCullum was appointed head coach of the national team, and Ben Stokes took over the role of captain. Shane Watson noted that McCullum and Stokes probably give Bairstow more freedom to show his best game.

“The combination of Ben Stokes and Brendon McCullum is what helps Johnny. There was a feeling that he had been used somewhat incorrectly before, but now Bairstow fits perfectly into the system of the national squad,” said Shane.

He is in peak condition

Earlier, Jonny himself spoke about his current playing form. The player noted that he is now in peak condition. According to Bairstow, he is ready to help the England team 100%.

“I feel just fine. The matches with New Zealand turned out to be successful for me, and I am glad that I was given such serious trust. Now my teammates and I have to play with one of the strongest national teams in the world: India is not an easy opponent, but England is strong now. We can overcome this most difficult test. I am ready to help my club in any way I can,” Jonny said.

Jonny will get a week’s break

It should be noted that the confrontation with India is quite fundamental for Bairstow, because Virat Kohli is present in India, who, as Jonny noted, is a special opponent for him.

“We have been playing against each other for 10 years and know each other’s strengths and weaknesses. You want to be the best if you go out on the field — it’s completely natural. It’s an integral part of the game,” Johnny said.

Jonny will get a week break after the end of the test confrontation with the Indian national team and then he will play in the ODI format.