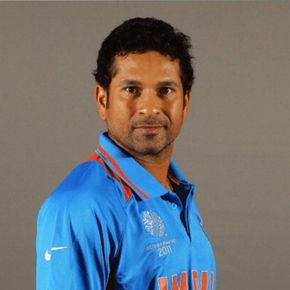 Sachin Tendulkar - the famous player in the sport's history 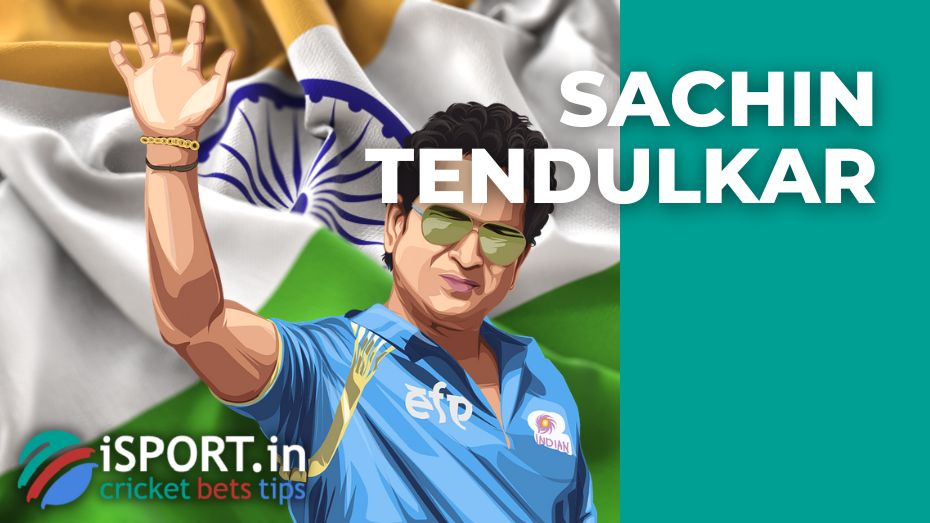 If you ask cricket fans who they consider one of the greatest players in the sport’s history, many call Sachin Tendulkar. He is the highest-scoring player in the history of cricket. Only Tendulkar has a unique achievement: one hundred international centuries. He also celebrated double century in a One Day International. Sachin is called the God of cricket. He also has more affectionate nicknames: “Little Master”, “Master Blaster”.

The future cricket star was born in the Maharashtrian family. His father, Ramesh Tendulkar, was a writer. He knew the Marathi language well. Mom worked in the insurance industry. Sachin was the fourth child for his father. When he met the mother of Sachin Tendulkar, he already had three children from a previous wife. She died shortly after the birth of her third child. Sachin grew up as an active child. He was not an exemplary boy. He often fought with his peers. In early childhood, he enjoyed watching tennis matches, especially with the participation of American John McEnroe. One of his stepbrothers, Ajit, helped Sachin get into the sports section. True, in cricket, which the family knew and loved.

Tendulkar took a professional bat in 1984 in Shivaji Park, Dadar, from trainer Ramakant Achrekar for the first time. Achrekar didn’t like the way the 11-year-old showed himself in his debut training session. Nevertheless, Ajit asked the specialist for another chance for his brother, believing that his relative was worried. Ramakant Achrekar gave such an opportunity, having moved a decent distance. This time, Sachin Tendulkar was less worried and took the chance. Ramakant Achrekar suggested that the boy train with him and advised him to change school to Sharadashram Vidyamandir, which was with an English bias. This school, in addition to language, could offer games as part of a strong cricket team. Many Sharadashram Vidyamandir players subsequently made up the Indian national team. Due to the change of school and daily training with Ramakant Achrekar, Sachin had to move to relatives in the area near Shivaji Park.

Sachin Tendulkar was one of the leaders of the Matunga Gujarati Seva Mandal school team. He also played for the Bright Cricket Club on a full-time basis. The specialists who worked with Sachin Tendulkarat 14 thought that the player would become a fast bowler. However, the Indian cricketer did not make much of an impression in this position, so he began to train even more as a batsman. At the age of 15, Sachin entered the 1987 World Cup as a ball-fight. At the school level, Tendulkar has formed a successful duo with Vinod Kambli. This pair has become one of the strongest in the history of cricket. 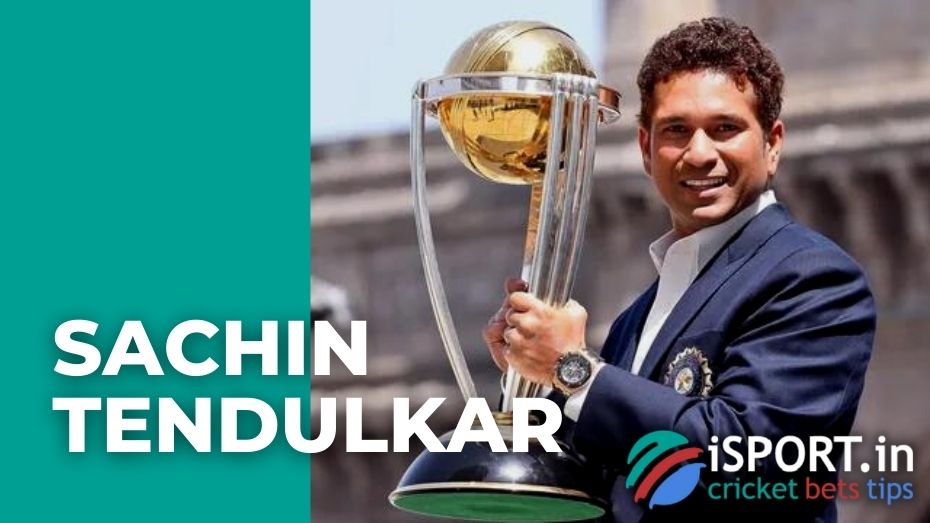 Sachin Tendulkar was lucky to watch his idol Sunil Gavaskar live at the 1987 World Championships. The hope of the Indian fan rightfully met their expectations in 1988. He made century in a first-class match, and it was a record for debutants of such a young age. In the 1988/89 season, Tendulkar became the top scorer of the Bombay club. Soon Sachin managed to make a century and in the matches of other prestigious tournaments – Ranji, Irani and Duleep Trophies. Sachin Tendulkar joined Yorkshire, becoming the club’s first foreign player in 1992.

Tendulkar made his debut in 1989, playing against Pakistan in test matches for the Indian national team. That meeting turned out to be very difficult for the young cricketer. In the fourth inning, Sachin was hit in the nose by Waqar Younis. Despite the bleeding, he continued the game and turned out to be one of the best at the end of the meeting. Tendulkar also made his debut for the national team in the One Day International format soon after. In his younger years, the player could already boast of a large arsenal of strikes, but off-side shots from the back foot became his main weapon. Even with a small stature, Tendulkar did well with the short throws that English players were famous for in the early 90s of the 20th century. Gradually, Sachin Tendulkar became an indispensable player for the Indian national team. The player’s pick is considered to be the period from 1994 to 1999: 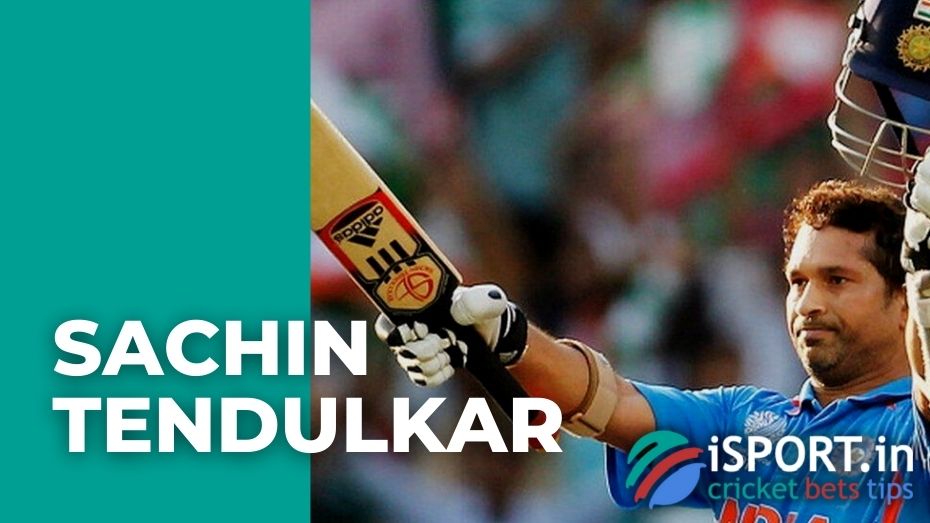 Sachin Tendekular: in the 21st century

In the early years of his career, Sachin Tendulkar showed a high level of play and was distinguished by exemplary behavior. He was even called an almost perfect role model. The first small blow to the reputation of Sachin Tendulkar was in 2001 when he was suspected of cleaning the seam of the ball, which is prohibited by the rules. Under certain conditions, such a procedure can lead to a change in the properties of the projectile, which will noticeably affect the game. The accusations against Tendulkar have sparked a violent reaction among Indian fans. True, in the designated match against South Africa, there were many questions to the chief referee of the match, Mike Denness. As a result, the International Cricket Council recognized the referee’s decision as wrong and canceled Tendekular’s disqualification.

At the beginning of the 21st century, the Indian player performed confidently in test matches. In addition to acting well as a batsman, he actively helped his teammates as a bowler. In 2002, Sachin Tendulkar made the 30th century Test format, playing 93 matches. According to this indicator, he bypassed the legendary Australian, Donald Bradman. In 2003, Tendulkar helped the Indian national team reach the World Cup final and received the Man of the Tournament award.

The 2004 season turned out to be crumpled for Sachin Tendulkar. With an elbow injury, he missed most of it. In 2005, he had a streak of 17 innings without a century, which was an unpleasant moment for a player of his level. In 2006, Tendulkar had an unsuccessful match against England and was booed by fans for the first time. Later it turned out that he needed shoulder surgery. Sachin returned to good results only at the end of 2007. In four test matches, he scored 493 runs. In early 2008, the player surpassed 16,000 runs per career in One Day International matches.

In 2010 he won the Sir Garfield Sobers Prize. This award is given to the best cricketer of the year. At the end of 2012, he stopped playing in the One Day International format, focusing on test matches and the Twenty20 International format. In October 2013, Tendulkar announced its retirement from a professional career. He played his last match against the West Indies.

Tendulkar continues to hit the pitch in showcases and appearances at major events. In 2014, he played for the Marylebone Cricket Club. In 2015 he became the ambassador of the world championship. For some time, the legendary player was the coach of the Ponting XI club. In the 2020/21 season, Sachin became the captain of the Indian legend team and led it to victory in the World Series.

Sachin Tendulkar is doing well as a businessman. He was a co-owner of Kerala Blasters FC for several years, playing in the Indian Premier Football League. He also owns most of the shares of the Bengaluru Blasters badminton team, which plays in the Indian championship.