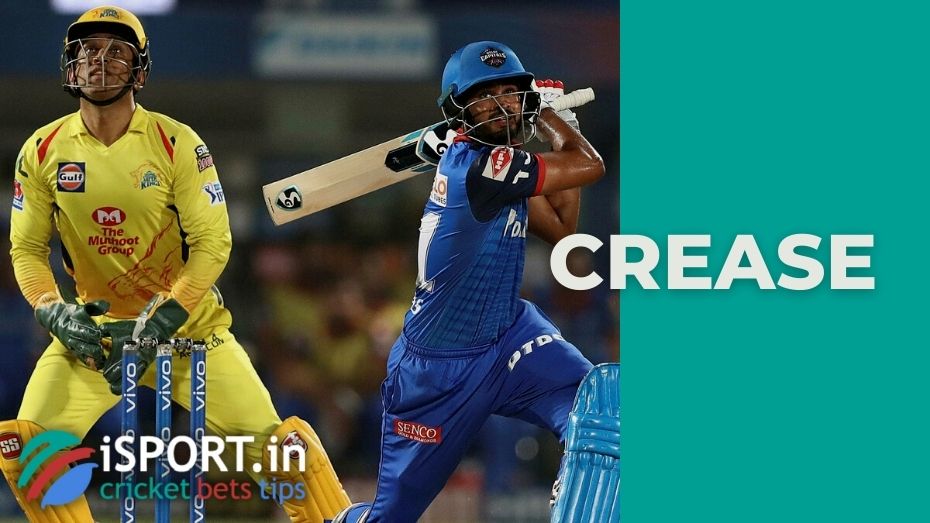 Crease in cricket is a special line drawn according to certain rules. Creases define the area where batsmen or bowlers play. There are 3 types of lines in total (two return creases, bowling crease and popping crease). Let’s take a look at each of them.

First, we find out where they are located. The crises are drawn in the main place of cricket matches – the pitch. It is a rectangular piece of land 22 yards (20.12 m) long. The pitch is 10 feet (3.05 m) wide. This is where the main events of any cricket game (serving and hitting balls) take place.

So, creases are marked on the 2 sides of the pitch (parallel to each other). This line has received the name popping crease for a long time. However, earlier, due to the nature of the fields, it was called the popping hole. The popping crease is perpendicular to the pitch. This crease is believed to be of unlimited length, but the minimum distance at which this line is drawn is 12 feet (3.66 m). On each side of the pitch, this is a minimum of 6 yards (1.83 m), that is, always in half. Why the popping crease is drawn:

Bowling crease – this line is parallel to the popping crease. Most likely, bowling creases are drawn first since the pitch zone of 22 yards (20.12 m) is counted from them. The crease is located 4 feet (1.22 m) from the popping crease, and it is 8 feet 8 inches (2.64 m) long. It contains an important element of the game – a wicket consisting of 3 stumps.

Return creases – these are two perpendicular lines relative to the previous 2. These creases connect bowling crease and popping crease. They are drawn parallel to each other at a distance of 8 feet 8 inches (that is, along the endpoints of the bowling crease). The beginning of the line comes from the popping crease. Return creases are not limited in length, but there is still a minimum length of 8 feet (2.44 m). These lines are drawn mainly for the bowler who must serve within the return creases. This restriction prevents the bowler from serving diagonally.

In general, the origin of creases is completely unknown, but we can definitely say that they appeared at the beginning of the 18th century. The first creases were not drawn in any way, but simply scratched out or indicated by foreign objects. It is believed that the English player Alfred Shaw in the 1870s was the first to suggest whitewashing these lines.

More details about creases are spelled out in the official 2017 Laws of Cricket source. 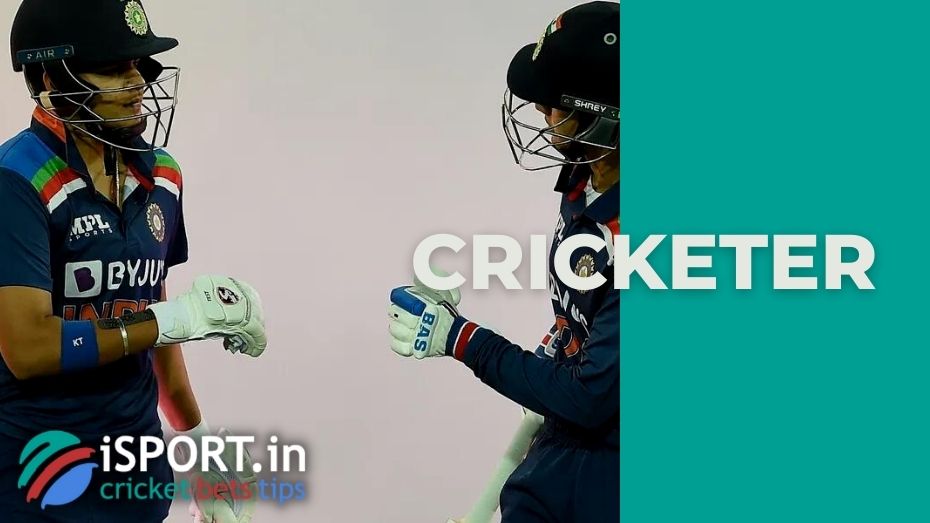 Cricket is considered one of the most popular game sports in the world. It is played by hundreds of millions of people around the planet. Two teams of 11 people play professional cricket. A player who participates in a cricket competition is called a cricketer.

Cricketer can defend his club in any way, for example:

Also, you will find explanations for other significant terms in cricket on our site.