Paddle scoop: an overview of the cricket term 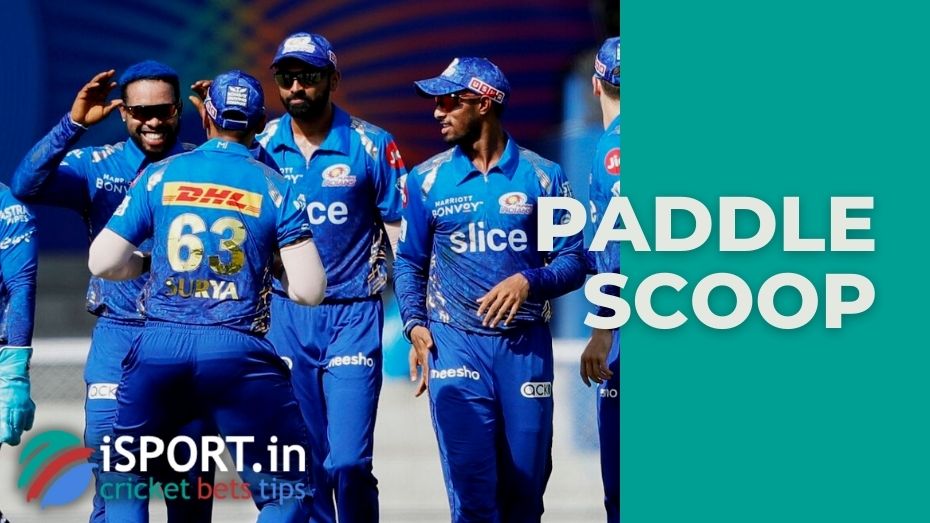 Cricket is a game that is very rich in various techniques. There are dozens of ways to serve the ball and options for how to hit it. The methods require batsmen and bowlers to have certain professional skills that will allow them to implement their plans. One of the most difficult (and newest) techniques for hitting with a bat is called Paddle scoop. In cricket, it is rare to find a batsman who has a perfect command of this technique. Everything depends on the complexity of implementation, as well as the presence of a number of risks. All the details about this strike can be read in our material.

Paddle scoop: how is this unusual stroke performed

As we have already said, Paddle scoop is a very complex type of strike. You will see this by reading its description.

A paddle scoop is a type of strike in cricket in which a batsman uses the bat to deflect the ball over the side shoulder, thus directing the ball into the fine leg area. In this case, the player makes a strike, placing his body close to the ball, and both legs should be directed towards the bowler at a perpendicular angle.

If you have just started getting involved in cricket, you probably haven’t heard about Paddle scoop yet. The fact is that this type of strike is considered very unusual, so the compilers of textbooks and manuals on cricket prefer not to include it in their works. Moreover, many researchers call the Paddle scoop “not real”. However, it can be effective if the batsman performs this strike professionally, clearly, and without mistakes. The explanation is simple: often, the ball, hit with the Paddle scoop, falls into a zone that the fielders do not control. Accordingly, the batsman can score more points.

For all its entertainment, Paddle scoop is difficult to perform. It requires from the player not only good hand-eye coordination, but also certain courage. Especially when the batsman is playing against fast bowlers, not calculating the movement and missing, a player can not just be knocked out of the field but also get injured, as the ball will bounce off the bat and hit him in the head. Agree that hitting a fast-flying ball on the head is not a pleasant feeling, even if a helmet protects your head.

There are a large number of training videos on the YouTube service that will allow you to understand the essence of Paddle scoop more and consider in detail the technique of its performance. Also, if you search well, you can find videos with a real and successful application of Paddle scoop in practice. It looks very unexpected and impressive.

Paddle scoop: a very brief history of the strike

Paddle scoop is most often used in One Day International and Twenty20 cricket matches. It is simple to explain this: the technique of this strike appeared quite recently, at the beginning of the 21st century. It is believed that the author of the Paddle scoop is the Zimbabwean batsman Dougie Marillier. This happened during the three-way tournament of Australia with Zimbabwe and Australia with the West Indies. The team from Zimbabwe was playing its final match with Australia when Marillier came on the field. The player had little experience in test cricket, but the team gave him a chance.

So, Glenn McGrath opposed Dougie Marillier. The batsman effectively threw the first and third balls from the bowler over his shoulder and even gave hope for a victory for Zimbabwe. However, the team lost by a two-run margin, so it was impossible. Nevertheless, these two Paddle scoops made Marillier famous, who continued to play for the national team.

Even though the official author of the strike is considered a Zimbabwean batsman, there is a version that the Paddle scoop appeared much earlier. Something similar to this throw was made in 1962 by the then captain of the Somerset team, Brian Langford, in one of the matches of the English district. However, this moment was not captured in the headlines for unknown reasons and therefore was not recorded as the first Paddle scoop.

Now you know everything about the Paddle scoop strike. For clarity, we strongly recommend watching the video with the performance of this blow to verify its effectiveness and complexity of performance fully.