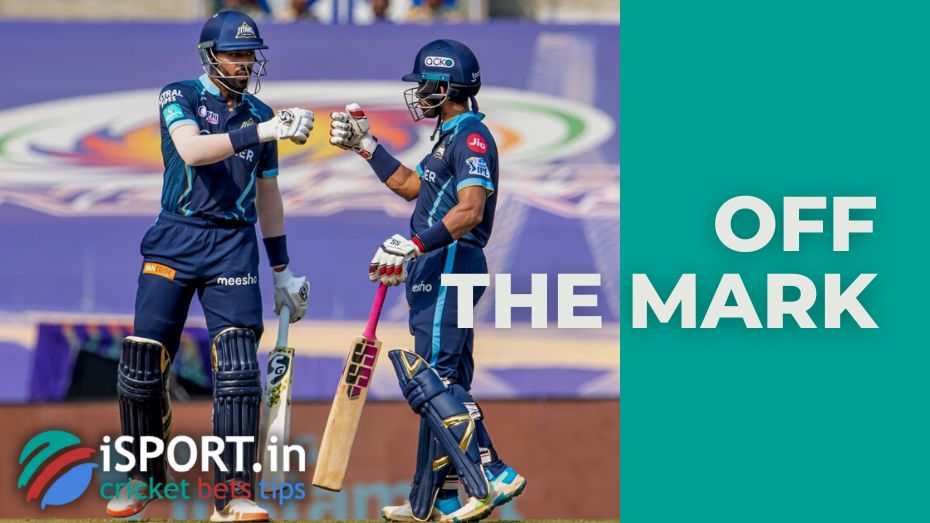 All cricketers set themselves up to win before each match (in most cases). The phrase “off the mark” can refer to any cricketer but is most often applied to batsmen. To understand when this term is relevant, let’s give a simple example.

Let’s say that in a match, the batsman was knocked out by the batting team, then a new player with a bat enters the field. After playing an over (6 innings), the new player could not earn a single run. In this case, it is said that the batsman is still off the mark. This phrase can also be applied if the batsman left the playing field very quickly. The same can be said about bowlers. When a batsman fails to throw the ball normally (the batsman easily hits them and earns a lot of runs), then they say about him that he is off the mark.