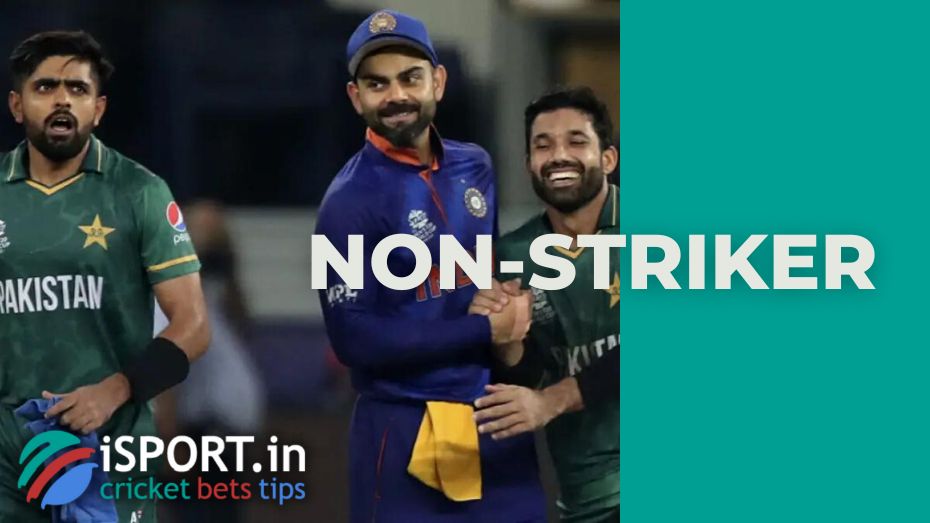 According to the Laws of Cricket, two batsmen should almost always be present at a pitch during a serve by the batting team. One is called a striker and hits serves; the second is a non-striker located on the opposite side of the pitch.

The task of the non-striker is to protect the second wicket (he does not take the serve, just stands near it). In addition, after a good hit, he helps the striker earn runs (both players run from one wicket to the second).

If a striker is eliminated from the game during a match, a non-striker takes his place and prepares to take the serves. Also, the next batsman enters the field, who immediately takes the striker’s place. Note that the inning ends when the bowling team has knocked out 10 of 11 strikers. Since the 11th batsman does not have a pair (one wicket remains unprotected), he cannot hit balls.