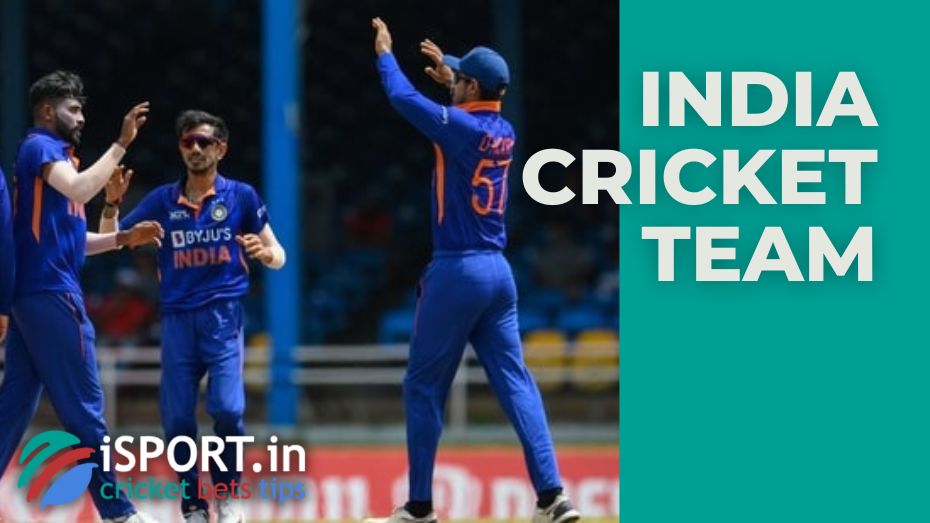 The India national club, under the leadership of Rahul Dravid, continues to prepare for the upcoming world championship in the T20 format, which will be held this fall in Australia. First, India defeated the West Indies in the ODI series, and India won the first match of the T20 series with the West Indies the day before.

The match, which was on July 29, ended with the victory of Rohit Sharma and company with a handicap of 68 runs. It should be noted that Rahul Dravid’s team can be satisfied with this victory because the West Indies is a tough opponent in the T20 format.

After the match, Rohit Sharma noted that they were ready for the condition of the Brian Lara Cricket Academy pitch in Trinidad. The captain of the India national club pointed out that the pitch was prepared very well.

Thus, India led the series with the West Indies in the T20 format with a score of 1-0. But as part of the whole series, nothing has been decided yet — the teams will have to hold 4 more confrontations. Phil Simmons’ squad has every chance to turn the tide of this confrontation.

Recall that the second match of the India-West Indies series in the T20 format will take place on August 1 at the Warner Park Arena in St. Kitts.

The West Indies national team has always been famous for playing very well in the shortest format of cricket. But before the start of the series’ first battle, Rahul Dravid’s team was still the favorite. This is because Phil Simmons’ team is experiencing a downturn — the West Indies suffered 7 defeats in a row the day before.

Recall that before the start of the T20 series, the West Indies lost the ODI series to India with a score of 0-3, and before that, Simmons’ guys lost to Bangladesh in the same format.

Even though the West Indies national club has not pleased its fans with a good game for a long time, Phil Simmons urges everyone to remain calm. The specialist notes that he knows perfectly well everything that happens inside the team. Phil assured that the West Indies will be in good shape for the upcoming World Cup in Australia.

Also, the head coach of the West Indies national team noted that the management trusts him.

“The West Indies have been having a hard time playing lately, and it’s no secret to anyone. But my management has repeatedly noted that they fully trust my methods. There is time before the World Cup, so we need to be cool-headed for now,” Phil Simmons said.

Recall that after the completion of the T20 series with India, the West Indies team will have to play three contests in the same format with New Zealand. After that, Simmons’ club will play three ODI battles with the New Zealanders.

The T20 World Cup for the West Indies national team will be on October 17 with a match against Scotland.