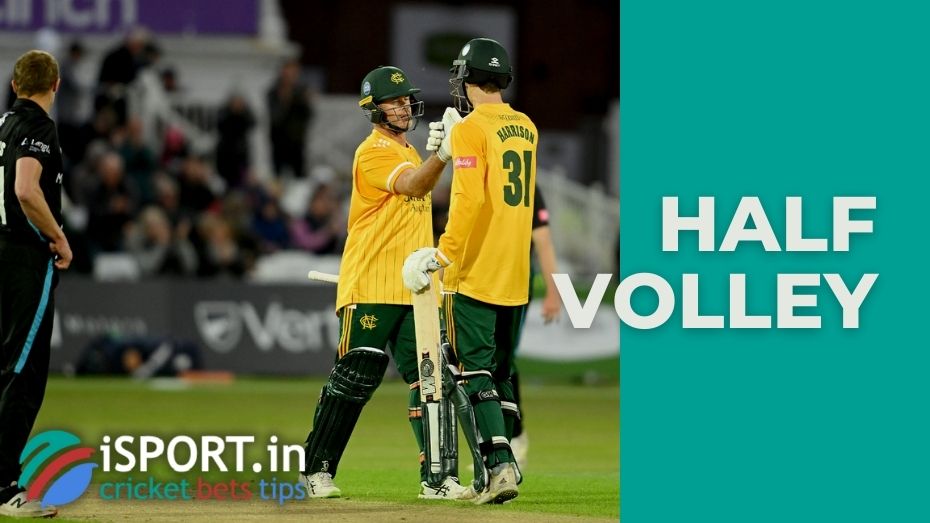 Half volley is a type of pitch in which the ball’s trajectory after bouncing on the ground passes as close as possible to the batsman. Successful performance of the throw does not allow the batsman to react to the ball on time. As a result, if the player with the bat is sufficiently experienced and skilled, then after half volley, the projectile, as a rule, flies to the far edge of the field; otherwise, the batsman will not be able to make a hit.

Speaking of an effective throw, the batsman needs to make an overhand (throw from above) so that the ball lands next to or at the batsman’s feet. At the same time, a player with a bat needs 1-2 seconds to choose a strike, so if the bowler copes with his task, the batsman has no chance of success.

Do not confuse the term half volley from cricket with the same one used in tennis, although the mechanics of their performance have many similarities. In the second case, we are talking about a blow applied after the ball bounces off the court before reaching its highest point. As a rule, it is called “on the rise shot” or “short hop” in tennis. You can also meet with the half volley technique in football.