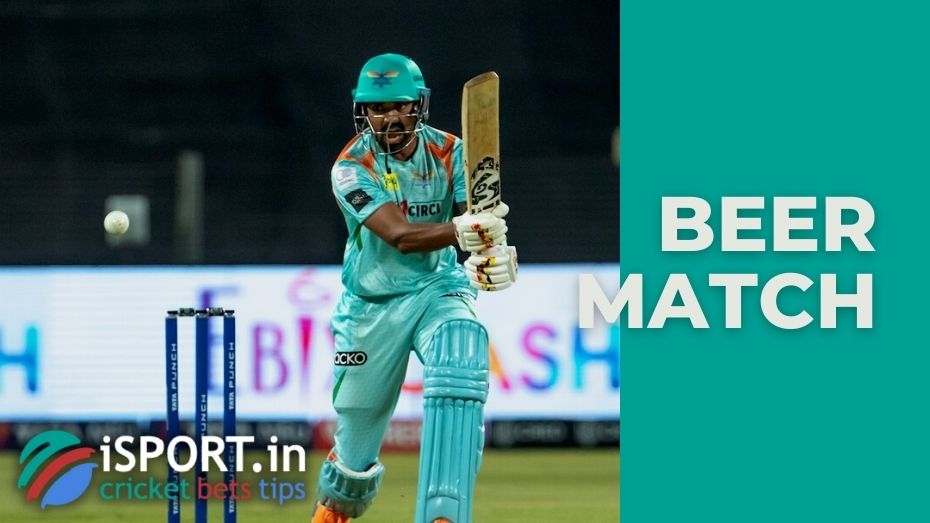 Sports activities improve your mood and improve your health. The main thing is to know the measure in everything. This advice is especially useful for cricket fans who decide to play a beer match. This is a meeting in which players are not awarded points, but a large or small portion of … beer.

A similar format of matches appeared in club cricket when official games ended ahead of schedule. The cricketers did not want to deprive the attention of the audience who came to watch the confrontation. In all team sports, sometimes after difficult matches, players are allowed to drink a glass of beer. So the idea to create a beer match appeared. These meetings are held in different formats to make it fun for the players to perform, and for the audience to watch what is happening:

Athletes themselves can choose the amount of beer that is supposed for a certain success and its strength. Often similar installations are used for real cricket. For example, when the ball is over the fence on the full, the team gets 6 runs. In beer cricket, you will be awarded a large can of beer (usually about 450 ml). In a real game, for hit ‘to’ the fence, the player will receive 4 runs. In beer cricket, your reward will be a small portion of beer (usually about 250 ml).

You can accumulate points by drinking any portion of beer. It is important that a player gets a wicket for visiting the toilet. Given that there are 11 people involved in cricket in each team, going to the toilet 11 times during the game will mean being deprived of the opportunity to earn runs and continue participating in the match. As in traditional cricket, to win, a cricketer needs to score as many runs and as few wickets as possible. In some cases, players are allowed to continue participating in the match even after 11 visits to the toilet, but without the opportunity to drink beer.