Grafting in cricket - what is it? 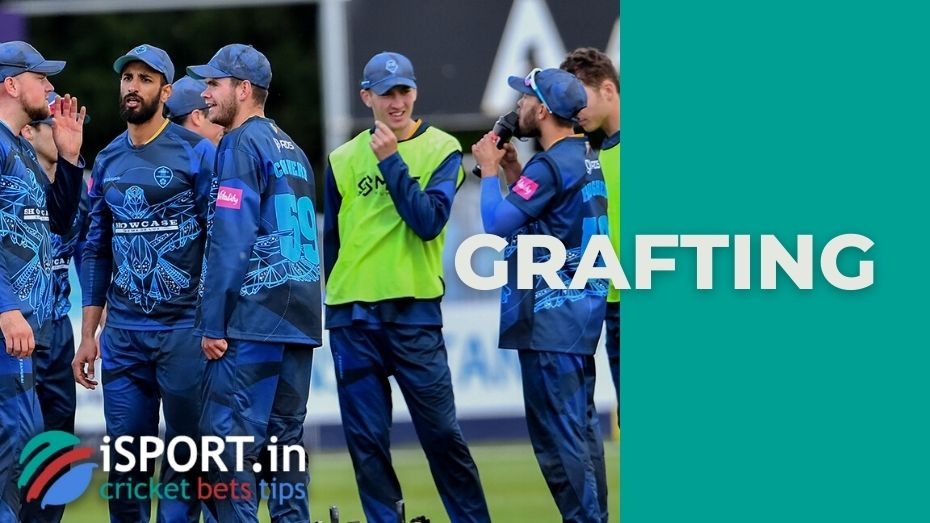 In cricket, a batsman can have many strategies for playing: he can implement a wide variety of strikes, both aimed at attacking to earn wounds for his team and aimed at defense so as not to be knocked out. Grafting refers to the second option. This skill is extremely important for a batsman, especially during test matches – the most difficult and exhausting ones, which last several days and are played at the highest level.

What is Grafting in Cricket?

The term Grafting usually refers to a defensive and extremely careful hit of the ball with the bat, when the batsman has only one goal: not to be knocked out. As a rule, such a blow is carried out in rather difficult circumstances when the team cannot afford to take risks.

In cricket, the meaning of the term Grafting is different from when the word is used in the context of bribery in sports refereeing.

Why is the ability to graft so important for a batsman?

This technique is one of the most important and becomes especially important in test matches. The fact is that in recent years there has been a problem in the test format: often matches are finished in three days or even earlier, although, according to the rules, they should last about five days.

Grafting helps batsmen not get knocked out, stretch the match time and, in the long term, earn as many runs for their team as possible.

Recall that innings in cricket last until all the batsmen of the battering team are knocked out. The team can get hurt up to this point because the longer the batsman lasts, the better for his team.

Some, like Ravi Shastri, head coach of the Indian national cricket team, believe that the quick end of test matches is a consequence of batsmen having forgotten how to graft to last longer.

Cricket matches are built on the accumulation of runs. The winner is determined, and the effectiveness of the team is assessed by these criteria. Short game formats such as ODI and Twenty20 are gaining in popularity. This is because it is easier for a modern person to carve out a couple of hours to watch a match than to immerse himself in the game for a few days, as in the case of test cricket.

Whatever the format of the match, a good batsman must behave decisively and firmly, be able to assess the game situation in a split second and decide which is more important: to defend and be careful or to attack. That being said, a predominantly offensive playstyle works great in a short match format. Long test matches are a test of endurance and calmness, so Grafting becomes especially important here.

A strong hit and a great eye may not be enough to face the world’s best bowlers for hours – and test matches are only played in an international format between ICC-approved teams, so weak bowlers don’t enter the field in test matches.

The fact that batsmen use Grafting less and less often plays a role is in the price of innings for a player is now much lower than several decades ago. Often the reason for this is a tight schedule of matches. In addition, test cricket is not so popular. More and more fans of shorter formats are appearing among players and fans.