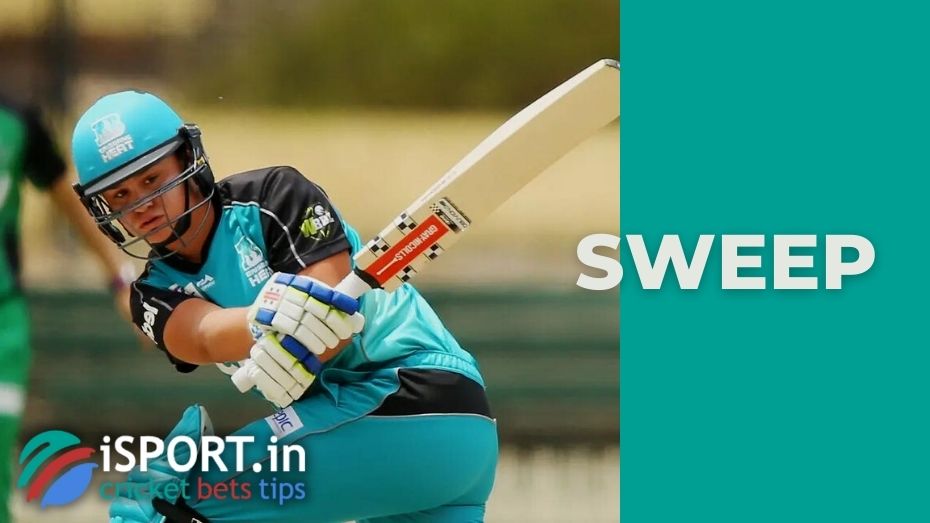 Sweep / Sweep shot is a cricket term for a way of deflecting a shot with a long, low bounce. Typically, the batsman has to go down to deflect him, which looks like a sweep with a characteristic hitting click.

The characteristic feature of sweep is to hit a low bouncing ball, for which the batsman has to go down on one knee and cross his legs to obtain the necessary amplitude and balance. Reflections of this kind tend to occur on slow bowlers’ serves (although this does not exclude the fact that players like Mal Loye can do it from time to time).

The technical side of the strike is as follows:

Hit position involves the batsman dropping to one knee, swinging the bat horizontally; the body turns in the direction of impact. The batsman is required to lunge with his front (kicking) foot in an attempt to balance the ideal strike balance with the calculation of the distance to the ball. At the same time, the back leg remains in place, thus forming a criss-cross position.

The sweep concept is quite common in sports, so it should not be confused with counterparts from martial arts, rowing and American football.