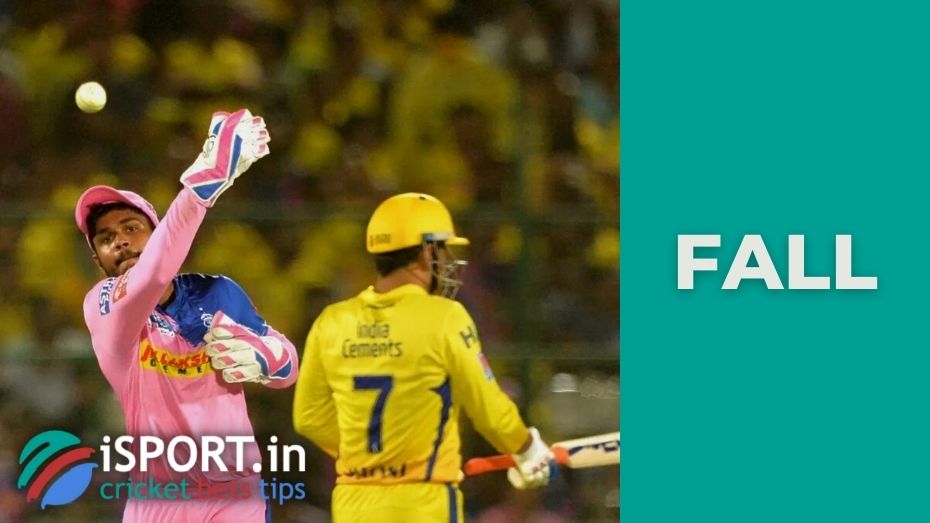 The word fall in cricket is generalized to mean that the batsman is fired and must leave the playing field. Dismissal means the defeat of the batsman, that is, fall. There are several ways to fire a batsman. Let’s look briefly at each of them.

Caught. According to the Law of Cricket, if a batsman hits the bowler’s throw according to the rules and the ball does not touch the ground falls into the hands of any outfield player (this could be the bowler, the keeper of the wicket and other players of the serving team), then the batsman is considered caught.

Bowled. The bowler’s most important job is to hit the batsman correctly. There are different types of serves (spinning, slow, fast, serves that force the ball to change in flight, etc.). With a good throw, there are moments when the batsman cannot hit the ball (or hits it incorrectly), and the ball knocks down the wicket from a rebound from the ground or the bat. In this case, the batsman is considered to be fall.

Leg before wicket. Another method in which a player of the battering team leaves the field. If, after the bowler’s throw, the ball reaches the batsman and hits any part of the body (not necessarily the leg) without touching the bat or gloves that hold the bat, then the referee intervenes. It determines whether the batsman deliberately covered the wicket with his body or not. If specifically, the batsman leaves the game. Why is it called leg before wicket? Because with this method, the legs are on the same level as the gate, thereby covering the stumps standing behind.

Run out. With a good hit by the batsman, the ball flies for a while, falls, rolls on the ground. At this point, the batsman runs out of his area and runs the pitch from one gate to the other (this is how he earns runs for the team). So the run out is recorded at the moment when the batsman does not have time to return to the zone, and the field player knocks down the wicket (the zone is considered unprotected).

Stumped. This is probably one of the most annoying ways of knocking out a batsman. It happens when the batsman is completely outside the protected area (the area that protects against the fall of the wicket), and the keeper of the wicket, holding the ball in his hands, manages to knock out the stumps. In this case, the batsman is also said to be fall.

In professional cricket, there are other, rarer methods in which the batsman is considered fired. For example – hit wicket. If a batsman accidentally hits the stumps with his own body or part of the bat when hitting, he is considered dismissed. However, this rule has some moments. When a batsman knocks out a wicket, he remains on the field. Read more about exceptions to the rules in a separate article on hit wicket.

Another rare firing method is to hit the ball twice. From the phrase, it is clear that if the batter hits the ball twice, he falls. The first hit is a hit with the ball on the player himself or at the bat. The second hit is when the batsman intentionally hits the ball a second time (the only exception is the case when the ball flies directly on the stumps of the wicket. Then he is allowed to hit the ball with a bat or body, but not hand that is not in contact with the bat). By the way, there has never been such dismissal in test cricket.

Did you know that before the 2017 amendments, another interesting way in the Cricket Law made the batsman fall? It was called as handled the ball. If the batsman touches the ball with a hand (which was not in contact with the batter) for any purpose other than preventing injury, then on appeal by the field team, the player may be fired. However, it was considered a good gesture for the serving team not to dispute the moments if they did not affect the further course of the game.