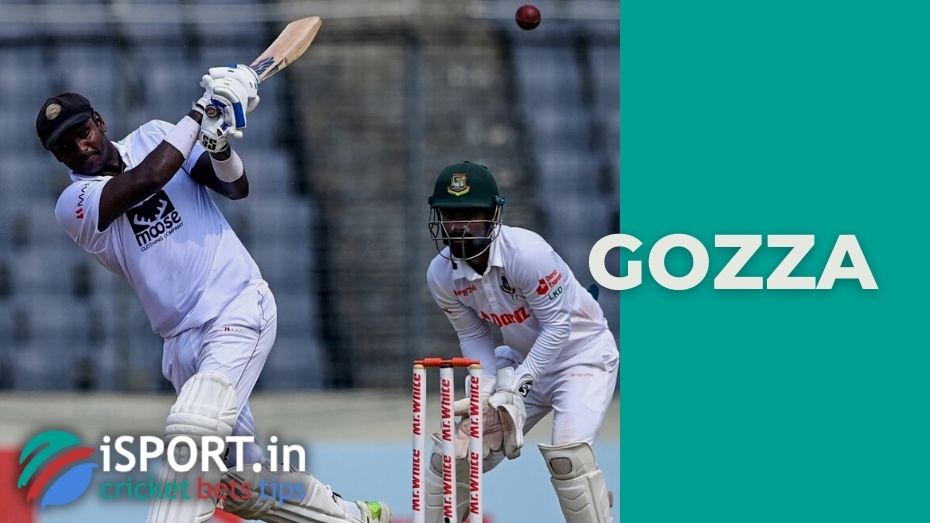 Over the years, cricket has developed not only a long list of written and unwritten rules, but also a large number of cricket terms that are used in communication between both players and fans. Some of them are international, and some are used only in a certain country. The term Gozza refers to the second group, and it means a situation when a batsman was knocked out with the first ball.

What is Gozza in cricket

The term Gozza is considered Australian and can mean not only the situation itself, but also the batsman, a specific player who made a mistake. This term is used if the first ball knocked out the batsman. In international cricket, the phrase Golden Duck is most often used (sometimes in this situation, you can also hear the expressions “Platinum duck”, “Duck” or “Diamond duck”). These expressions mean the same thing.

A batsman eliminated from the first ball does not bring his team a single run in the innings.

This situation is one of the most unpleasant for a batsman. The fact is that any cricket match, in whatever format (test, ODI or Twenty20) it takes place, consists of an innings, one or more. During the innings, each team, in turn, first becomes a pitcher (bowlers or fielders) and then a batter (batsmen).

The fielding team has a bowler, whose duty is to serve the ball to the batsman, who, in turn, must hit this ball and protect the wicket.

The goal of the batting team is to knock out the batsman. There are several ways to do this:

The inning ends when all the batsmen of the batting team are knocked out. After that, the teams change roles.

Knowing these basic rules of cricket, it becomes clear why Gozza is a very undesirable scenario for both the batsman and his team.

The term Duck, which gave rise to the term Gozza, is an abbreviation of “Duck’s egg”. This expression appeared in the second half of the XIX century; it was first used in a British newspaper. Most likely, this expression came from the number 0, the appearance of which may resemble an egg.

It happened in the match between Australia and England in 1877, held at the Melbourne stadium. Briton Andrew Greenwood knocked out Australian Ned Gregory from the first ball. This was the first recorded case in test cricket when a batsman received a Golden Duck.

Who is the record holder for this indicator

The following players are leading the ranking in terms of the number of Gozza received during their career in test matches:

What cases of Gozza can be found

The term Gozza is not commonly used as well as a significant part of other cricket terms. Most often, to denote a situation when the first ball knocks out a batsman, you can find the expression Golden Duck.