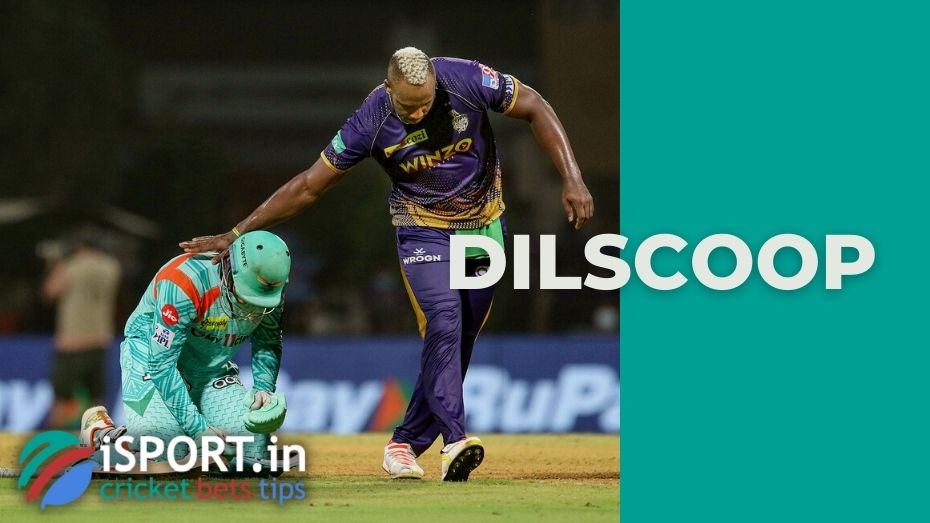 This term in cricket refers to a batsman hit, which he delivers on his knee, most often when the bowler directs the projectile in a distant arc. Despite the complexity, the dilscoop can be a useful tool in any player’s arsenal and bring a decent number of points.

Complexity aside, this is also a risky hit. It is performed literally over the head of the wicket-keeper. If successful, the ball flies to the border or even crosses it. In the best case scenario, the player can score 6 points.

Tillakaratne Dilshan first performed the dilscoop from Sri Lanka at the 2009 ICC World Twenty20. Gradually, other batsmen began to hit the ball in this way, and later this technique was named after Dilshan. Tillakaratne performed internationally from 1999 to 2016. He has long been the national team captain and is considered the best cricket player in Sri Lanka’s history. Globally, he was remembered for opening the dilscoop and other groundbreaking strikes, which he especially applied in the format of One Day International. Tillakaratne Dilshan was a very energetic cricketer, so he looked good as a fielder. He could also adequately play the role of bowler and wicket-keeper. In One Day International matches, Dilshan has amassed over 10,000 runs in his career. Only 10 players can boast of such an achievement. The Sri Lankan cricketer has made a century in all cricket formats, which is also considered a unique achievement.

It is important to distinguish the dilscoop from the paddle scoop. In a technique opened by Tillakaratne Dilshan, the ball goes over the wicket-keeper’s head, not to the side of it. The paddle scoop was first shown in 1962. This shot was performed by Brian Langford when he was captain of the English club Somerset. True, this blow was not known for long since the print press ignored it in England. Cricket experts speculate that this is due to Langford’s poor performance in that match.