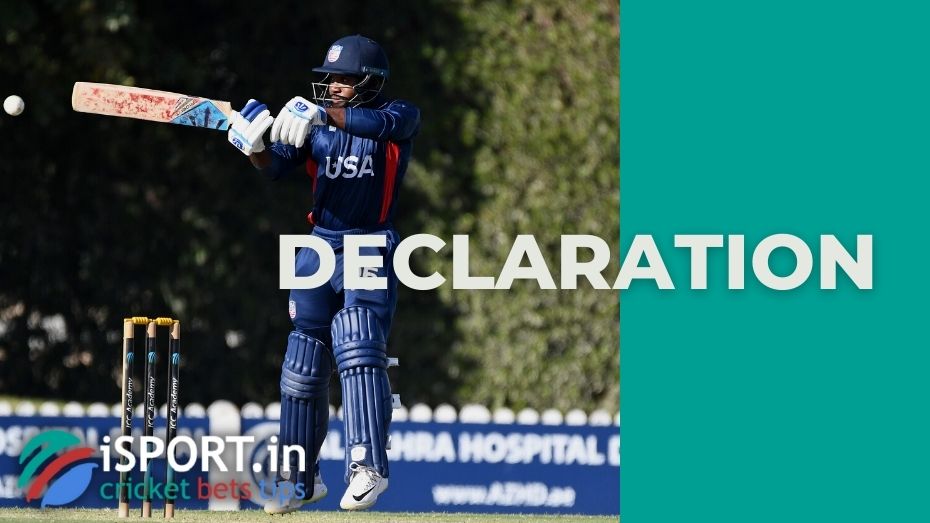 This term refers to the action of the team captain when he believes that it is better to complete his team’s throws ahead of schedule since the advantage is enough to win. A declaration is usually announced only in the format of One Day International, where each team spends two innings.

Using this method, the team captains hope that the opponent will not have enough time to bring the match to a draw, or even more so to a victory. If everything is calculated correctly, it’s possible to leave time for the attack, allowing a confident victory. These rules are governed by Law 15 of the Laws of Cricket.

For the first time, the talk about the declaration in cricket began in 1906. Then Frank May, speaking at the annual meeting of the Marylebone Cricket Club, proposed to introduce such a rule for two-day matches. However, on the first day, players could announce a decision 1.40 hours before the end of the meeting time. A few months later, a new rule was incorporated into the Laws of Cricket. There have been several cases in the past where the throwing teams, assuming they should win, refused to play actively. So, several series of blows were “empty”. Batsman stayed in the game. At the same time, it was important that the opponents at this moment could not gain a large number of runs.

Of course, declaring a decision is a risk for the captain. He should weigh the pros and cons of the position and must also decide in time. At an informal level, for the first time, Charles Wright announced that his team would finish serving with the score of 157 for 5. This tactic did not fully justify itself, as the match ended in a draw.