Chennai — Gujarat Titans on May 15 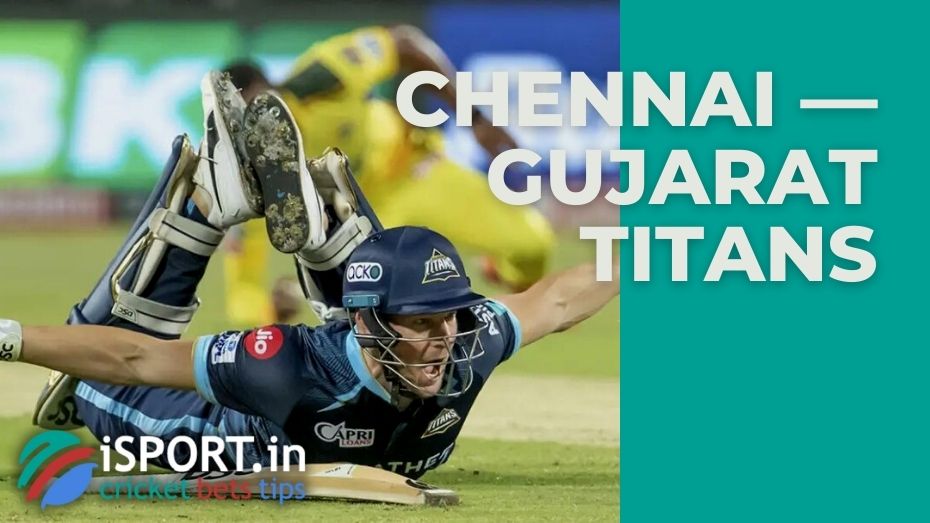 The current champion no longer has a chance for the playoffs, but it’s hard to imagine that Chennai will merge the end of the regular season without a fight at all. The team needs to finish the season on a positive note. However, today it will be extremely difficult for the nominal hosts because they will have to fight with the squad leading the IPL. Chennai — Gujarat Titans on May 15: noy a problem for the “titans”?

Ashish Nehra’s team approaches the meeting with the current winner of the trophy, who is spending a feeble season, in high spirits. Gujarat Titans managed to confidently beat LSG their main competitor in the fight for a place at the very top of the table.

We have a wide selection of welcome bonuses from casinos and bookmakers on our website. You can choose from them Casino X promo code, for example, and get a bonus upon registration.

They will fight for the second time in history

It should be recalled that the squads already met on April 17. Then Gujarat Titans outplayed their opponent in a very difficult match with a handicap of 3 wickets.

The teams of Nehru and Fleming will fight for the second time in history on Sunday, May 15. Will Chennai be able to take revenge for the defeat of a month ago?