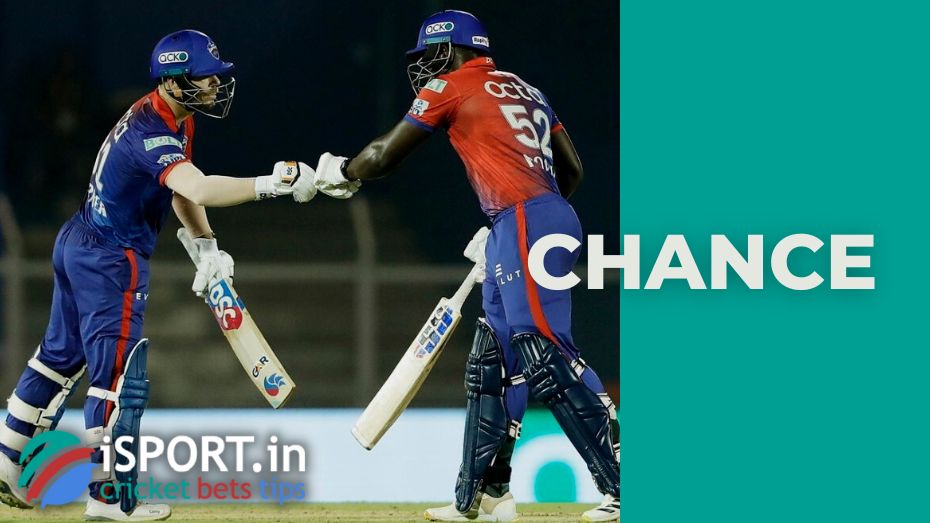 Chance is a generalized term that applies to all players on the court:

If chanceless means that there is no possibility at the moment, then half-chance leaves at least some hopes for success.