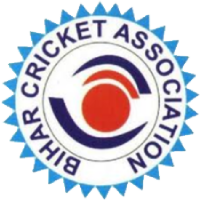 The history of the Indian cricket club began in 1935. The team called Bihar cricket team was formed in the self-titled state of Bihar, with a population of 104 million people. Bihar participates in 3 national championships of India: the Ranji Trophy first-class championship, the Vijay Hazare Trophy one-day matches and the Syed Mushtaq Ali Trophy short Twenty20 cricket tournament. Home matches are played at the Moin-ul-Haq Stadium, with a capacity of 25,000 people. Unfortunately, today the team does not have any championship titles, but there is a significant event in the club’s history, which we recall in this article.

Bihar cricket team – the birth of the association

The Board of Control for Cricket in India (BCCI) manages cricket in India. This is a Council that was formed in 1928 to manage and develop cricket in the country. Soon, local Associations began to be organized all over India, which later became members of the BCCI.

So, in 1935, the Bihar Cricket Association was formed. It is the local governing body that is responsible for cricket in the state of Bihar. He is an authorized member of the Board of Control for Cricket in India.

The Bihar cricket team began its professional activity with the 1937 season. The club started participating in the first-class Ranji Trophy championship. In their debut draw, the Bihar players were in the Eastern Zone. Unfortunately, in the 1st round of the championship, the team lost to a rival from the state of West Bengal.

At the same time, an interesting and unfortunate time occurred in the period 1937-1944. During this time, the club lost in the 1st round of the first-class tournament to one team under the name Bengal cricket team.

For a long time, the team could not achieve high results. In 1993, the club became a participant of the 2nd national cricket Championship – Ranji One Day Trophy. In 2002, the format of one-day matches of the Ranji One Day Trophy was renamed the Vijay Hazare Trophy. From that moment on, the final matches appeared at the tournament.

The club played in 2 popular Indian championships until 2004. Then the team was waiting for big changes.

In 2000, the state of Bihar was divided into the states of Bihar and Jharkhand. It turned out that most of the cricket Association was in the state of Jharkhand. Because of this, the old professional cricket team was replaced by the new Jharkhand team.

Only in 2018, the Board of Control for Cricket in India (WCC) restored the team and allowed it to take part in the country’s championships. By the way, in 2019, the club almost immediately managed to get out of the plate group for the Ranji Trophy (a zone in the championship for new teams).

The first winning game at the Vijay Hazare Trophy happened against the Nagaland sports team. In the same 2018-2019 season, the club took 1st place in the plate group and withdrew from it. But, having reached the play-off round, in the quarterfinals, the Bihar club lost to the Mumbai cricket team by nine wickets.

As for the short-format T20 competitions, the last result of the club (the 2021 season) was 1st place in the plate group. Then getting to the quarterfinals and the loss from the Rajasthan cricket team.

By the way, the Nalanda International Stadium, with a preliminary capacity of 40,000 people, is being built for the Bihar cricket team. The stadium is scheduled to open in 2022.