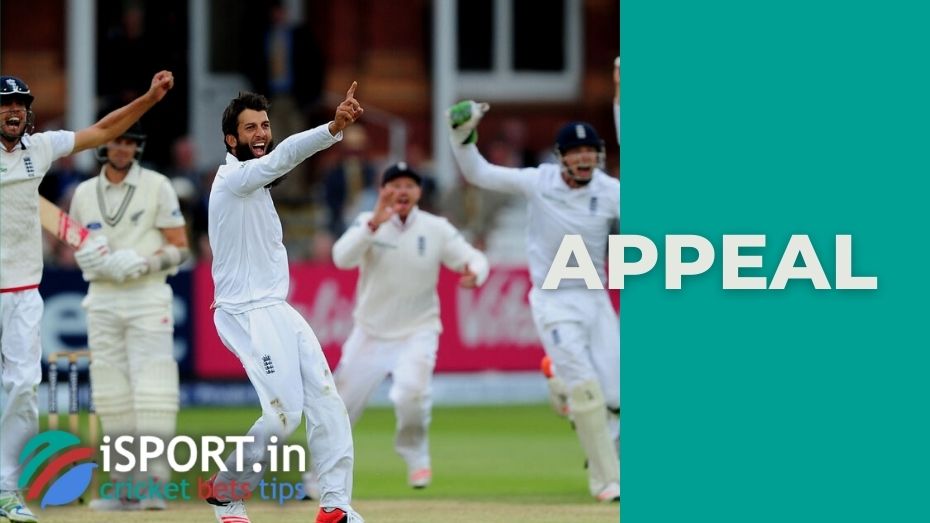 In many sports, it doesn’t make sense to argue with the judges. In this case, cricket is an exception. The word appeal denotes the fielding team player’s appeal to the umpire when the player asks whether the opponent’s batsman has dropped out or not.

A bowler or fielder may make such a request to the umpire. In another way, the appeal is pronounced as “howzat” (how’s that?). Another variant of the address may be “howzee” (how’s he?). Cricket is an interesting sport because the umpire may not remove a player from the field if the opponent does not make such a request. Even if the situation is obvious, this is spelled out in Law 31 of the Laws of Cricket. At the same time, it is considered the correct behavior of batsmen if they leave the field on their own in such cases.

Taking a wicket is considered an important event in a match, so fielding team players usually shout out the phrase “Howzat?” very loudly and with special joy. Sometimes the phrase sounds very long and seems to be torn into two words: “How?” and “Zat?”. In fact, “zat” does not exist; it’s just how the word “that” is pronounced. When performing an appeal, players usually raise their hands up or simply let the umpire know that the opponent’s batsman is out of the game. In amateur matches, you can hear different shouts, in which there will be one constant phenomenon — a manifestation of joy.

As mentioned above, it so happened that batsmen have to leave the field themselves in obvious cases. But there is no such clause in the rules. This means that cricketers can wait until the last moment for the referee’s verdict. Sometimes it happens that it is not always possible to determine whether the ball hit the bat or not. The epitome of fair play is considered the batsman’s departure from the field, even if his teammates are not sure about this decision. 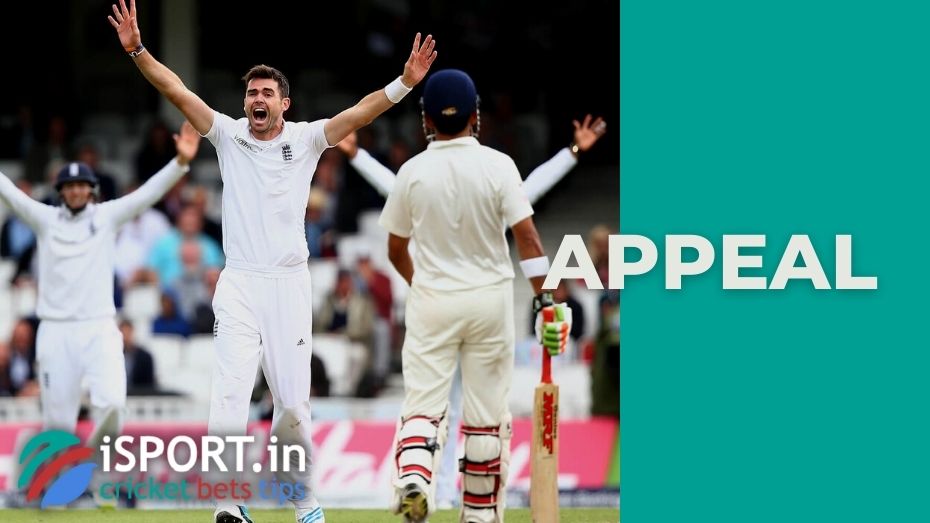 In baseball, a similar action is called appeal play. It indicates a signal from the players towards the referee in situations when the referee does not notice any violation. In baseball, players turn to umpires on several occasions. For example, if you failed to catch a ball that was caught in-flight. This also happens if it was impossible to touch all previous bases in order or the last base.

At the same time, the methods of appeal to referees in cricket and baseball are different. In baseball, a player must “mark” the runner or zone in question. The message can be made using non-verbal communication, and the result of the action should be a certain reaction from the judge. At the same time, in baseball, appeal play is more often erroneous than in cricket appeal.