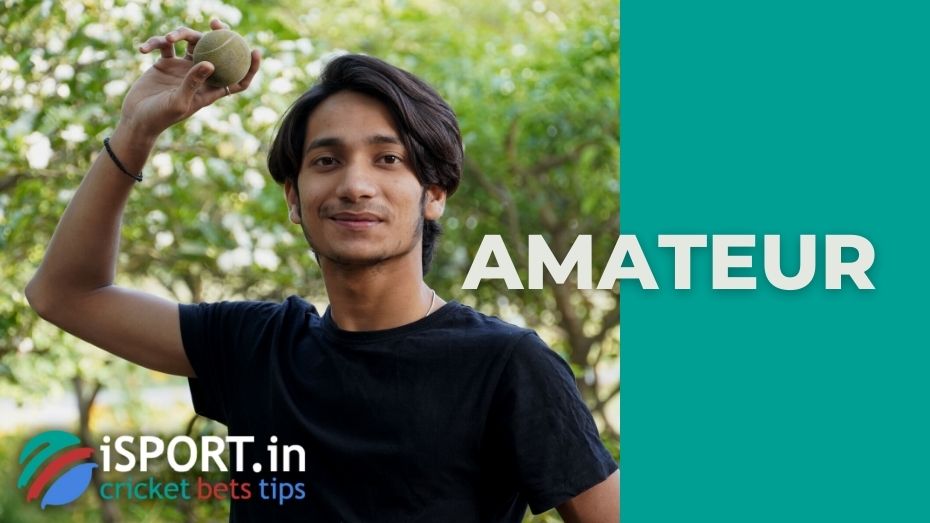 We continue to get acquainted with the terms that are used in cricket. For today, this is amateur – a word that any sports fan knows. At the amateur level, many play football, tennis and the same cricket. In cricket, the ball and bat can be picked up at almost any age, and there are examples when people enter the field at the age of 70.

At the moment, any cricket fan who actively plays this game can consider himself an amateur. And it doesn’t matter so much whether he does it with friends on the lawn or participates in tournaments where prizes are played. After finishing their professional careers, some cricketers also receive amateur status and play in the same teams with amateurs who have never been professionals. 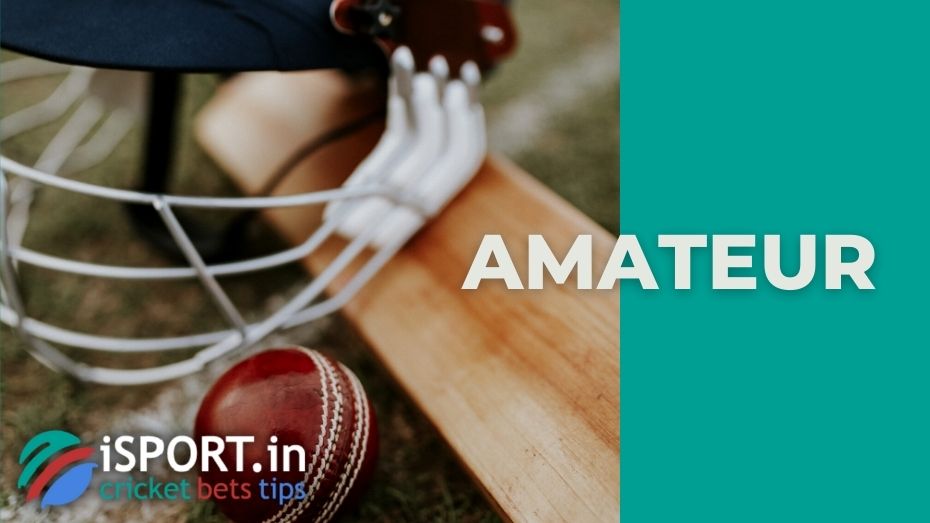 In 1597, cricket was first mentioned in England as part of a court case. John Derrick testified in court, reporting on a plot of land in Guildford. It was from Derrick’s words that he and his friends played cricket on this site during his school years. At first, cricket was really children’s entertainment, but gradually the situation changed. More and more adults were getting involved in this game. There is evidence that in 1629, nobles played cricket. At the same time, at that time, it was forbidden to have fun on Sundays. For this, you could get a fine and arrest. There is a well-known case of the priest Henry Cuffin, who was brought to justice for playing on Sunday evening after prayer.

In the 17th and 18th centuries, the nobles considered cricket a gambling sport, like horse racing. The fact is that bets were accepted on the results of the games, the size of which was considerable. At the same time, cricket fans rejoiced that this sport was able to overcome the social gap because initially, only commoners took to the field.

The differences between amateur and professional status in first-class cricket in England were in the degree and availability of rewards:

One of the main backbones of amateur cricket in England was student associations. Tournaments were usually held during the holidays. Most often, students gathered in the summer – from July to September. High school students were also actively involved in such competitions. Schools and universities had a great influence on the formation of cricket in England. Cricket ideas were actively spread in public schools, and this sport was also available at the most important universities in the country, in particular at Oxford and Cambridge. There were constant competitions between schools and universities, as a result of which high-level players grew up. 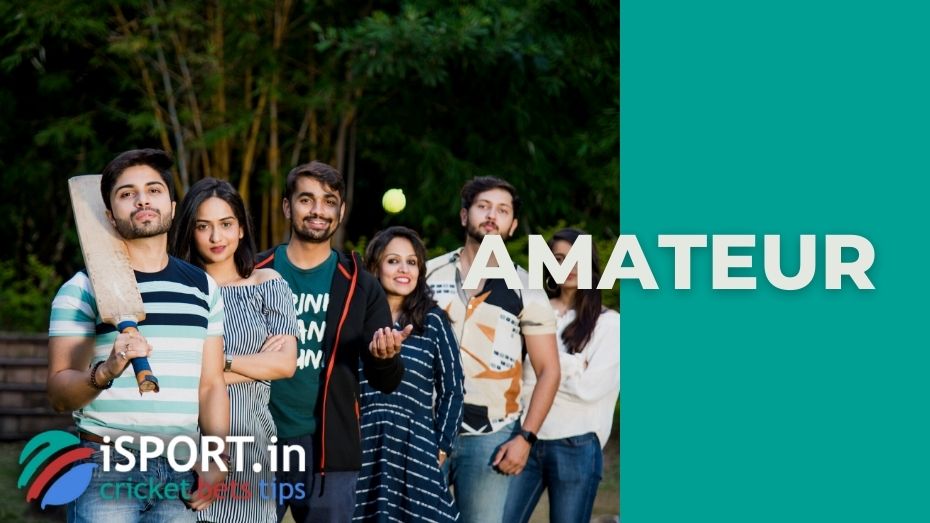 In 1806, the Gentlemen vs Players tournament was held for the first time. Frederick Beauclerk organized it. The main point of the competition was that the Gentlemen team was played by amateurs who belonged to the upper and middle class, and players from the working class played for the Players team. From 1829 to 1962, this tournament became an annual event. This turned out to be possible since amateurs who played for their own pleasure liked to converge on the same field with professionals. Representatives of the Players association were motivated to play well and earn money, so they constantly increased their skill level. Thus, the general level of cricket in England grew.

In the 19th century, the title of amateur in England testified to the high status of a person. Amateurs demanded separate dressing rooms for themselves and sometimes separate zones for entering the field. Gradually, teams began to appear at the national level, in which both professionals and amateurs played. At the same time, the captains in the teams were appointed not the actual leaders but the most popular players among amateurs. There are several similar examples in the history of English cricket: 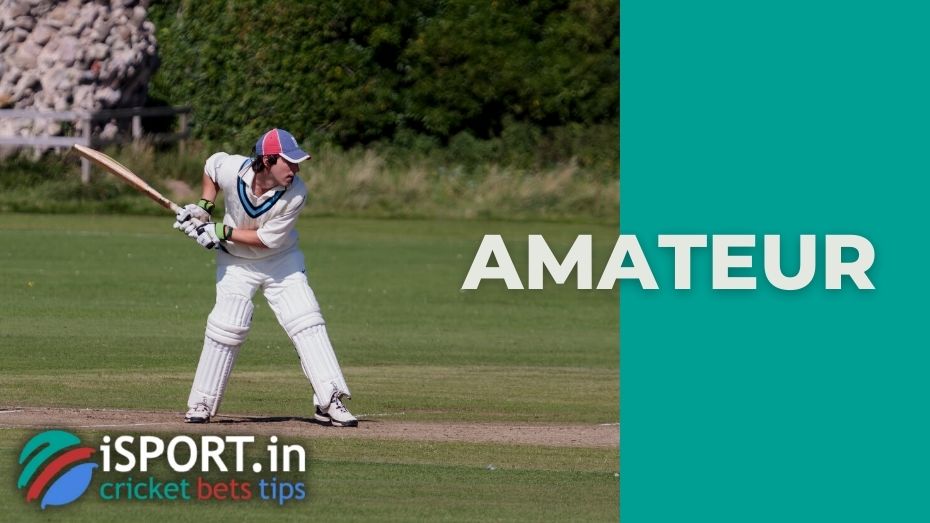 In 1642, when the English Civil War broke out, the Long Parliament banned many public events. At the same time, in fact, cricket was not banned. However, it was still forbidden to go out on the field on Sundays. The peak of cricket’s popularity in England just came at the end of the Civil War in 1660. Then many nobles returned home and played with their neighbors. It is mentioned that in 1694 the first payments were made to the winners of cricket matches. One of the cricket patrons among the nobility was Charles Lennox, the first Duke of Richmond, who lived at Goodwood House in Sussex. At the end of the 17th century, this sports discipline became an integral part of the culture in many social groups in England – from the aristocracy to criminals. Historians believe that cricket helped solve many social issues. For example, G. M. Trevelyan compared the situations in England and France: “If the French noblesse had been capable of playing cricket with their peasants, their chateaux would never have been burnt.”

In the 18th century, the influence of politicians on cricket increased. Many dukes began to enter the field. In order to successfully play on bets, some famous people formed their own teams of the county class and led them. In 1727, the 2nd Duke of Richmond and Alan Brodrick drew up agreements regarding new match conditions. This document formed the basis of the first written rules in cricket. In 1744 and 1774, versions appeared that made up most of the list of the current set of “Laws of Cricket”. In 1787, a club was formed in England, which later became known as the Marylebone Cricket Club. Its founder was Thomas Lord, who was a professional cricketer. It is in his honor that the sports complex is now named.

In the 19th century, cricket began to be passed down from generation to generation in England. The second half of the 19th century is considered a golden period for cricket in this country. At this time, the Gentlemen vs Players tournament began to compete with the meetings of the North vs South teams.

In 1887, the Marylebone Cricket Club executives issued a statement that “exceedingly fashionable, being much countenanced by the nobility and gentlemen of fortune”. This meant that it would be impossible for well-known amateurs to receive additional benefits in the Gentlemen vs Players tournament matches. In addition to the prize payments, some players received bonus money from the tournament organizers. Behind the eyes of some amateurs in England began to be called as “shamateurism”.

After the Second World War in England, there were social changes in society. The organizers of sports competitions realized that you could earn good money at cricket and football matches. To do this, it was necessary to create completely professional teams. As a result, the division into amateur and professional was abolished in 1962.

The news about the cancellation of amateur status in England was perceived in different ways. Someone thought that a great era had passed, and some people thought it was high time to equalize the players’ rights.