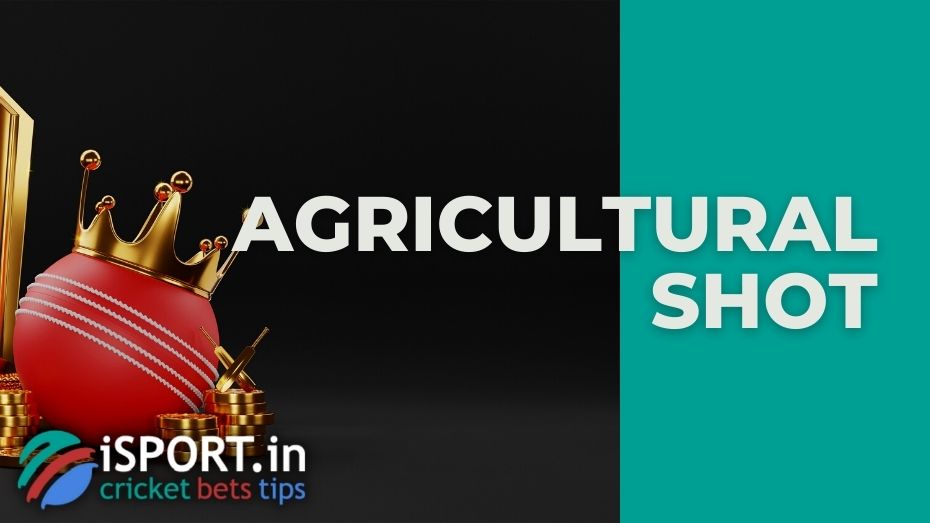 We continue to introduce readers to popular terms in cricket. This time with an Agricultural shot. However, you are unlikely to hear this phrase if you watch the top match of the Indian Premier League or the Cricket World Cup.

In cricket, a description was attached to this phrase – unorthodox. Indeed, there is no such type of blow in any textbook based on which coaches teach children this game. This blow is performed without special technique. Most often, you can see it in amateur cricket, when fans of this sport gather and play on the lawn. There is a legend that once one athlete swung the bat so hard that he hit the cow corner. With such strikes, cricketers often hit the ground with the bat. So the expression agricultural shot has caught on and is now being used.

The advantage when performing an agricultural shot is that the ball flies quite powerfully. Among the disadvantages, we note the lack of equipment. The position of the head, body and feet is usually incorrect for players. Even an inexperienced cricket fan will have obvious disadvantages when performing such a strike, not to mention specialists. Why did they decide to call such a movement in cricket an agricultural shot? Not only because after a hit, cricketers often spoil the pitch, but also because the direction of the bat resembles a backswing with a scythe.