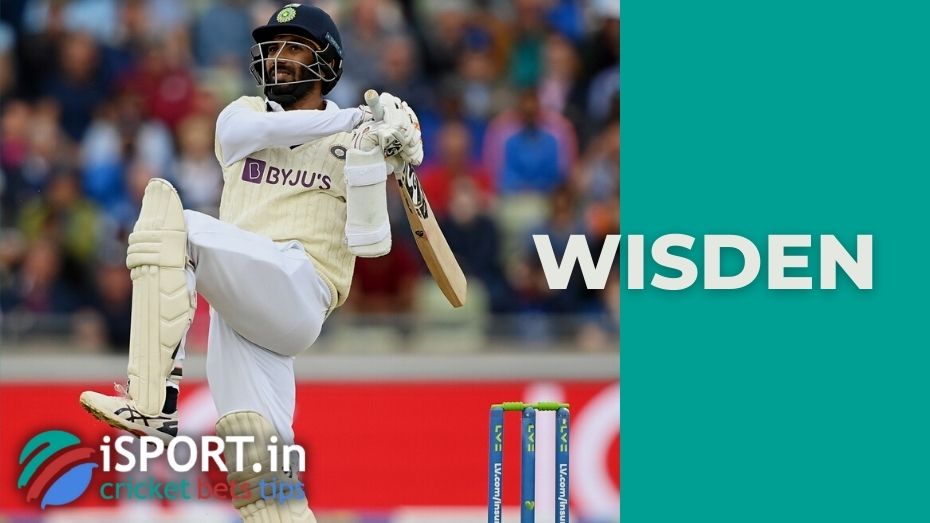 Cricket is a game with a long history. Interesting facts about cricket are passed down from generation to generation. Records are made of the loudest and most incredible matches, and general statistics are kept. Of course, it would be surprising if no publication would fulfill the role, so to speak, of a kind of chronicler of this game. Wisden can be attributed to this definition. We will tell you the basic information about this famous cricket edition in this article.

To begin with, it is worth giving an official definition of this word.

Wisden (full name – Wisden Cricketers’ Almanack) is a cricket guide published annually in the UK. In common parlance, it is called the “Cricket Bible.”

Wisden first appeared in 1864, and John Wisden is considered its founder. He started publishing Wisden to create a competitor for Fred Lillywhite’s The Guide to Cricketers. Since then, it has been published continuously once a year, making it the longest-running sports yearbook in sports history. Its current name – Wisden – the guide received only for the sixth edition. It was published under the name The Cricketer’s Almanack before that.

Wisden is now published by A&C Black, which in turn is owned by another company, Bloomsbury.

The Wisden story was published in 2013. It is titled The Little Wonder: The Remarkable History of Wisden, and its author is Robert Winde.

If you’ve never held a Wisden in your hands, you’re probably wondering what this guide looks like. It is a small but thick book (in modern editions – more than 1,500 pages). The cover is finished in bright yellow, a style unchanged since the 75th edition (1938). The cover color could vary between yellow, brown and pink.

Wisden is published in two versions – hardcover and softcover. Publishers experimented and released a significantly larger format in 2006, as readers complained that they were not comfortable reading Wisden in their usual form. At the same time, the font size remained the same, and only the print size was changed. The total experimental circulation was 5,000 copies.

The Epub version, an abbreviated version of Wisden, has been available in many online bookstores since 2011. The publishers have tried to put in this version the best that is in the mainstream. The abridged version lacks cricket statistics and reports.

In general, the appearance of Wisden has constantly undergone minor changes, but the concept itself has been preserved since those ancient times.

Now let’s talk about why the Wisden is published – about its content. Given the really large volume of the publication, it contains several different thematic sections. Each of them raises a different issue related to cricket.

The Book of the Year Award, awarded annually by Wisden to the authors of the best books about cricket since 2003, is worth a separate mention. If you are looking for cricket reading for the near future, check out the list of winners of this nomination for the entire time of its existence.

Peter Oborne – Wounded Tiger: A History of Cricket in Pakistan – 2015

Simon Jones – The Test: My Life, and the Inside Story of the Greatest Ashes Series – 2016

By the way, the list of authors includes people associated with journalism or literature and professional cricketers.

Wisden has a pretty long and great history. Naturally, a publication should always have a manager. Throughout its existence, Wisden has changed 17 editors. We invite you to familiarize yourself with the list of these people and over the years of their position:

Also, the current editor of Wisden has a deputy. Hugh Chevallier holds this position.

Some more interesting information about Wisden and the price in 2022

We will give you some more interesting information about Wisden, which will be useful to get a complete picture of the publication.

By the way, about the prices. The 2021 Wisden edition can be purchased for as low as £ 55. However, there are discounts periodically, and the cost may drop. For example, at this writing, the regular 2021 paperback version of Wisden could be purchased on Bloomsbury for £ 35. The reduced e-version is priced at £ 15.

Now you know all the fun about Wisden. You can find out more details on the official website of the publication.