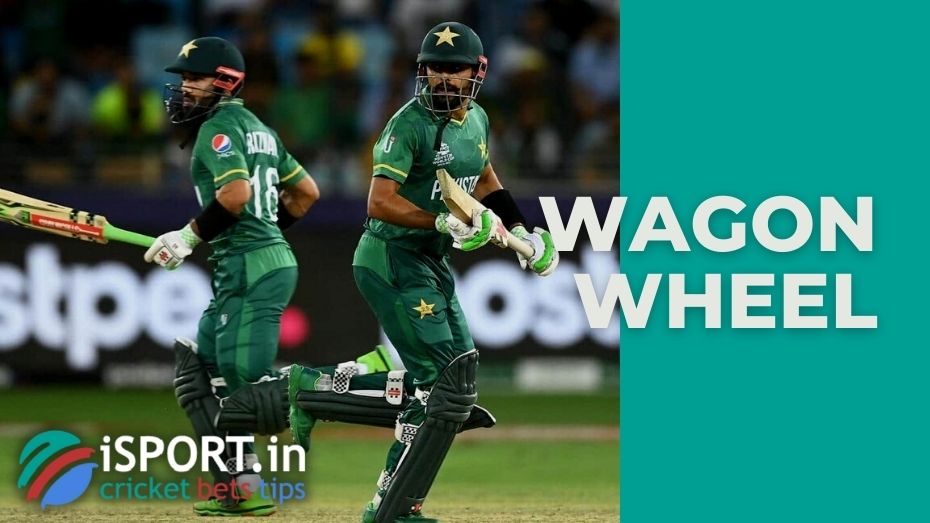 The wagon wheel is a graphical representation of a cricket field with lines showing the trajectory of the balls hit by the batsman. Simply put, it is an expanded view of the cricket field from the batsman‘s perspective, allowing him to figure out where to direct the ball best. Visually, the wagon wheel can be represented as a diagram with lines drawn on it, in the form of sectors.

Traditionally, the scorebook does not record the ball that the batsman collides with. True, attempts were made to develop a linear scoring system that would allow you to track the ball after you hit it in the 19th century. JG Jackschon developed a separate memo in the 1890s and a scorecard to monitor each batsman. However, it had to be used in conjunction with wagon wheels for the readability of the information received. Thus, thanks to the wagon wheels, the prepared diagrams make it possible to understand in which part of the field the goal was shot. Experienced captains understand that this information can be considered an advantage.

Today, many sports and sports mobile applications offer the wagon wheel and other useful tools for developing cricket strategies. Most of the apps are color-coded with a batsman’s perspective on the trajectory. Professional players are aware of new products and have repeatedly emphasized the advantages of modern teaching tools, compared to a detailed manual reconstruction of the situation.