Tie in cricket - what is it? 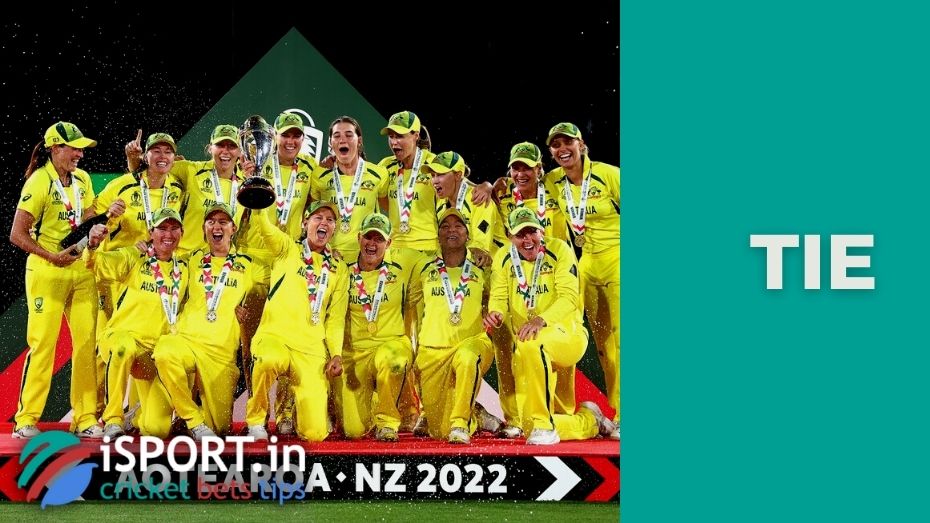 What is the goal of any team in a cricket match? Of course, it’s about earning runs and preventing the opponent from doing the same, but the main thing that every team and every player strives for is victory. But a cricket match, in addition to winning one team and losing the other, can have several other outcomes. One of these situations is the tie.

What is the tie in cricket?

Cricket is played by hundreds of thousands of people worldwide, and millions are watching the matches with bated breath. But this sport is not at all simple. This rule also applies to determining the results of the match.

In addition, a defeat is awarded to teams that surrender or refuse, in the opinion of the referees, to play.

The term tie in cricket refers to the outcome of a match when both teams have scored an equal number of points at the end of the match. This situation also happens in cricket matches with a limited number of overs and in test or first-class cricket.

Situations where neither team wins: how is the tie different from them?

The tie should be distinguished from the draw – in both cases, neither team won. The referee announces that the match is over with the tie when the innings are over, but the points scored by the teams are equal.

For example, the match between the West Indies and Australia ended with this result in 1960. The results of the match are presented in the table:

For comparison, here are the results of another test match played in 1986 and also ended with the tie:

In other international cricket formats, ODI and Twenty20, teams can also score the same number of runs, but a tiebreaker is used to determine the winner. This could be:

The situation is completely different with the draw. This situation occurs when two conditions are met:

In addition, the match ends with a draw result if the game time expires before the fourth innings is played.

How often can the tie be in cricket?

This situation is so unusual that test cricket, like first-class cricket, keeps track of matches that ended with this result. The test match ended in a draw when the West Indies and Australia played against each other on December 9-14. The next such situation occurred in 1986 (Australia – India match). At the moment, these are all statistics. The history of test cricket does not know more tie results, although more than 2,000 matches have been played since 1877.

The tie is a rather rare situation in cricket, unlike in other sports disciplines, for example, in football. This is because in cricket matches, the number of runs is measured not only in tens but also in hundreds, and in this situation, coincidences in numbers are extremely rare.