What is a Pair in cricket? 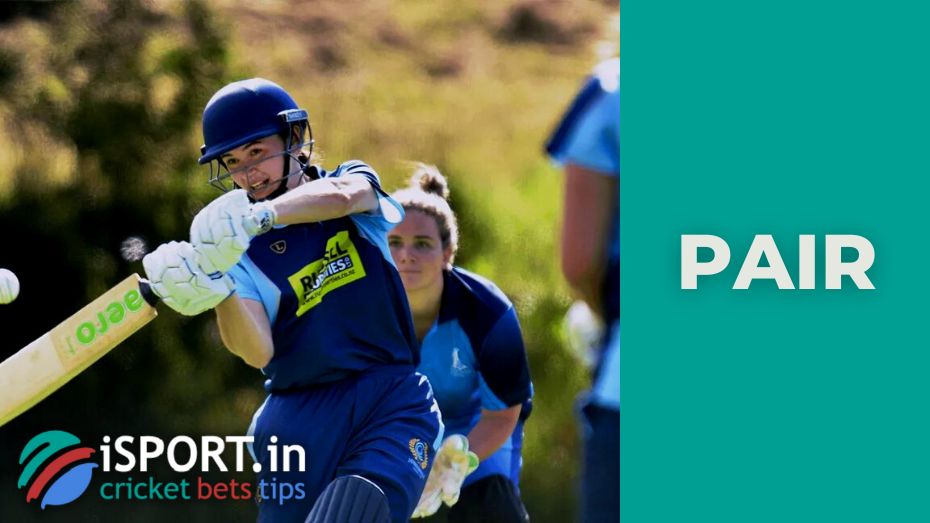 Pairs cricket is a type of cricket mainly played by children. But in test cricket and first-class cricket, pair means something completely different – this is a situation when the batsman is removed from the field with zero points in both innings.

Pair in cricket: what it is and what they are

Along with the term “pair” in cricket, you can find the terms “pair of spectacles”, “pair of ducks” or simply “spectacles”. They all mean the same thing: an unpleasant 0-0 situation where the batsman failed to score a single wound in both innings.

According to the rules of cricket, the goal of each team is to score as many points as possible – runs. Two teams take part in the match, 11 players each. In this case, one team plays the role of the server, and the second – the batter. The serving team is present on the field with the entire composition, from the batter – only two players, who are called batsmen. They stand next to the gates installed on both sides of the field.

The bowler throws the ball during the match, and the batsman with the bat, the striker, must hit the ball. If the ball is hit, the batsmen run towards each other to change positions. For each run, they get points – wounds. If the batsman is eliminated, another team player comes to replace him, and so on until the opponent knocks out all the batsmen or until the number of overs allotted by the regulations has been exhausted.

After that, the teams are swapped. Therefore, it is in the best interest of every batsman to hold out as long as possible and earn as many wounds for his team as possible.

There are more than a dozen options for how to take the batsman out of the game, most often the following:

The term pair in cricket is derived from the appearance of a 0-0 score, which may resemble a pair of spectacles. 0: 0 is the number of runs the batsman earned in two innings. This situation is annoying and quite rare, but it does happen sometimes. There are several types of pair in cricket:

In addition, to keep track of the players who played pair in cricket, there is a rating of the batsmen who earned a pair in the first match they participated. There are 45 cricketers in this ranking at the moment. The first was FB Grace in 1880 (this was also the Queen pair).

The record holder for the number of pairs in test cricket is New Zealander, Chris Martin. He, who had not earned a single point, was fired seven times in test matches.

Five more players got a pair four times. Four of them were bowlers with little ambition to play as a batsman (Muttiah Muralidharan from Sri Lanka, Bhagwat Chandrasekhar from India, Mervyn Dillon from the West Indies and Courtney Walsh from the West Indies), and the fifth was Marvan Atapattu from Sri Lankan, one of the strongest and most technical batsmen of his generation.