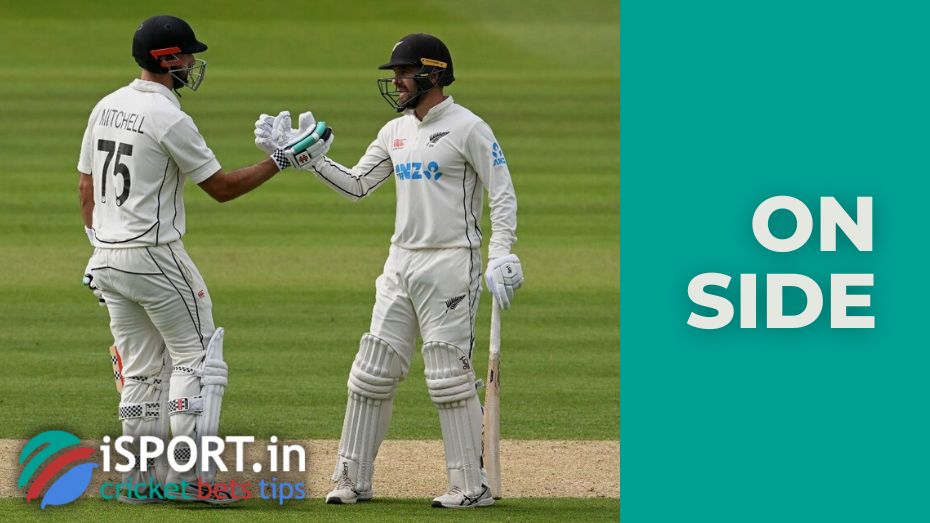 As mentioned above, if we consider a right-handed batsman, then the side called on side will be on the left for him. This half of the field has a second name – leg side.

It should be noted that according to the Laws of Cricket, there are various restrictions on where fielders can be during the pitch. In test cricket format games, the fielding team is allowed to have only two fielders behind the popping crease (that is, behind the batsman). But this does not apply to the wicketkeeper, who is always located behind the player with the bat. If the referee notices that this rule is violated, he marks the serve as no ball.

This restriction also applies in the format with a limited number of overs (ODI and T20I). In addition, at such competitions, the serving team is allowed to put a maximum of 5 players on the on (leg) side (the wicketkeeper and the bowler do not count).

It is considered that the on side side is less protected than the off side. On this side, the following basic positions are located:

And here are the names of strikes that batsmen often use through the on side:

You will find even more information about batsmen’s strikes on our sports Internet portal.