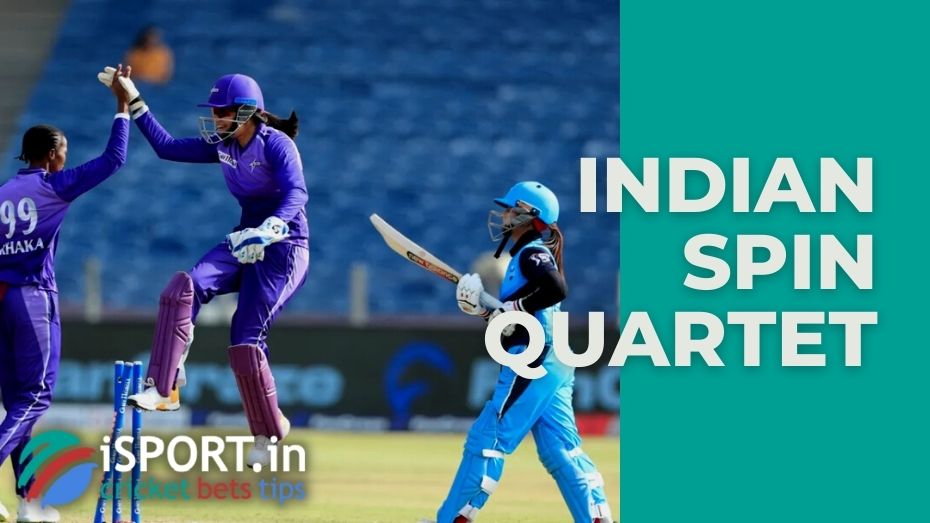 In cricket, various high-profile events constantly occur, which eventually end up in history. One such phenomenon is called the Indian spin quartet. This refers to the successful performance of four athletes in cricket matches in the 1960s and 1970s: Erapalli Prasanna and Srinivas Venkataraghavan (both off spinners), Bhagwat Chandrasekhar (a leg spinner) and Bishen Singh Bedi (a left-arm spinner). These athletes made a huge contribution to cricket history at one time: they played great together and managed to take 853 wickets in 231 test matches. They were called one of the most powerful and deadliest alliances in the world of cricket, and the four proudly lived up to this title.

One of the main achievements of the Indian spin quartet is many victories in the Indian Test. Interestingly, all members of the quartet were in the starting line-up in only one match played. Erapalli Prasanna and Srinivas Venkataraghavan were considered minor players and could enter the field during the game. However, despite this factor, this four were able to make a huge contribution to India’s greatest cricket triumphs, including test series victories over the West Indies, England, Australia, and New Zealand.

Attention and interest in cricket in India became colossally high in the 1966-1967 season. Despite some troubles and defeats, the mood of the Indian cricket team remained optimistic and cheerful.

In those days, Mansoor Ali Khan Pataudi played the role of team captain. He came up with a great idea: it is necessary to introduce more highly qualified and high-quality spinners into the team to compensate for the lack of professional skills of new-ball bowlers in the country. Thus, Erapalli Prasanna appeared in the team, while the rest of the Indian spin quartet had already taken their places in the national team.

The quartet of Erapalli Prasanna, Srinivas Venkataraghavan, Bhagwat Chandrasekhar and Bishen Singh Bedi completely revolutionized the quality of Indian cricket, even though the four of them played only once at the same time – in the match against England in Birmingham (summer 1967).

As you can see, the legendary quartet has delighted Indian cricket fans with their playing for almost 15 years.

About the players who were part of the Indian spin quartet

Of course, it is necessary to briefly talk about the participants of the Indian spin quartet because these athletes went down in the history of cricket. Begin:

These people were part of the legendary Indian spin quartet, which is now forever inscribed in the history of cricket.