India will host the Women’s ODI World Cup in 2025 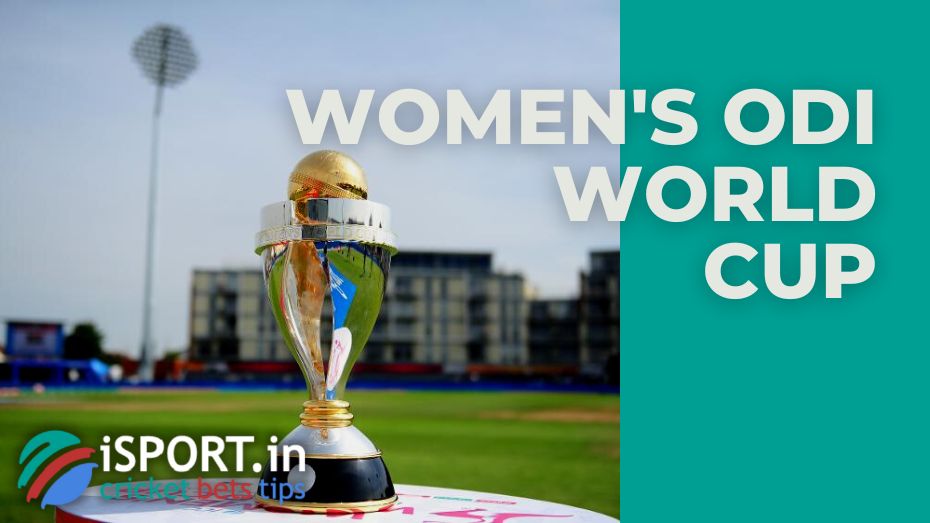 On Tuesday, the International Cricket Council approved the women’s ODI World Championships schedule for the period from 2024 to 2027 inclusive. In 2024, the tournament will be held in Bangladesh, and in 2026, the championship will be held in England. And in 2027, Sri Lanka will be the host country of the Women’s World Cup if this country manages to prove compliance with specific requirements. Well, India will host the Women’s ODI World Cup in 2025.

It should be noted that the host countries were selected during competitive bidding under the supervision of Martin Snedden, Clare Connor, Sourav Ganguly, and Ricky Skerritt.

The ICC Special Committee thoroughly analyzed each submitted application. There were no violations in the procedure for distributing the rights to host the World championships.

ICC Chairman Greg Barclay said in an official statement that the International Cricket Council places great emphasis on the development of women’s cricket. Greg noted that the issue of developing major projects in the women’s department of the game is now a priority for the ICC.

“We are pleased that the ODI World Championships will be held in Bangladesh, India, England, and Sri Lanka in the coming years. Accelerating the pace of development of women’s cricket is now one of the strategic priorities of the ICC. Holding competitions in countries with a well-developed love of cricket gives us a great boost to development,” Barclay said.

Special attention should be focused on the 2025 ODI World Cup, which will be held in India. It is Sourav Ganguly and Jay Shah who are among the people actively working on the development of women’s tournaments.

The India women’s national team is one of the strongest teams in the world right now. And representatives of the Cricket Council of India have already noted that they are happy to have the opportunity to host a major competition in their country. Sourav Ganguly, in particular, pointed out that the BCCI will continue to cooperate with the ICC on the development of women’s cricket.

“We have not hidden that we really want to host the World Championship. We are delighted that we have managed to win the right to host the Women’s ODI World Cup in 2025. Every year, women’s cricket is gaining more and more fans around the world. We plan to consult regularly with the ICC to show the high level of organization of the tournament,” said Sourav Ganguly.

Indian functionaries have been actively supporting the progress of the women’s part of the game lately. That is why there is no doubt that the BCCI will do everything possible to ensure that the 2025 Women’s ODI World Cup is held at the highest level.

Recall that in 2013, India already hosted the Women’s World Cup in the ODI format. Then the India women’s national team failed to overcome the barrier of the group stage. The champion was the Australia national team, which beat the West Indies national team in the final.

But in 2025, the India women’s national team is clearly determined to perform stronger than in 2013. Other news about cricket you can see on our website&

Share:
Author: Avanti Rakmini Position: Newsperson
Other articles by this author: - Shakib Al Hasan will return to the Bangladesh cricket team in the match against Sri Lanka - Dinesh Kartik said that the Indian team has an excellent chance to win the T20 World Cup - Mithali Raj has completed her international career All articles by this author