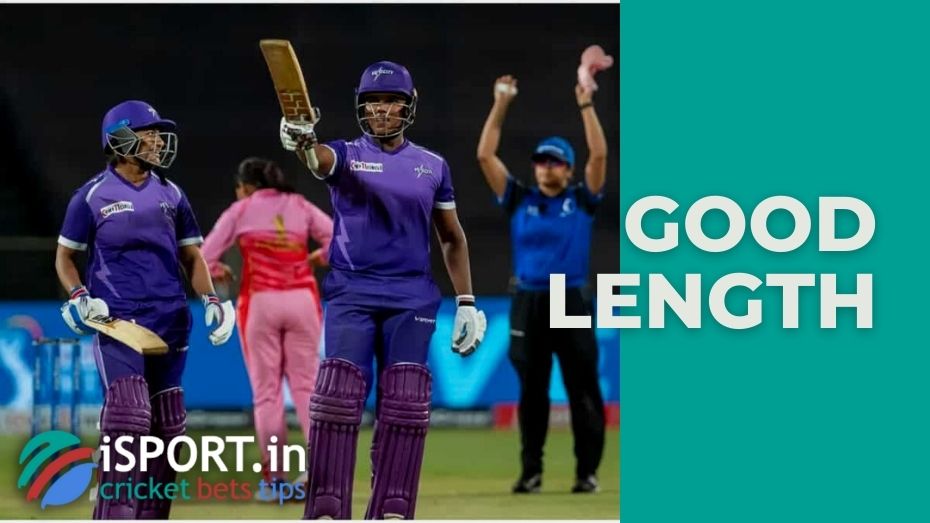 A good length is a special kind of service in cricket, and the purpose is to send the ball at a distance that will make it difficult for the batsman to execute the wound. Good length prevents the opponent from choosing the correct position. However, determining the exact distance in this case directly depends on the angle of the bounce at a particular pitch. In addition, the bowler’s specification should be considered – for example, fast bowlers tend to direct the ball as far away from the batsman as possible.

Typically, an ideal good length is a rebound pitch about 6-7 meters from the batsman. The service line is irrelevant in this case, but the height is important: the ball should be directed to the area just above the batsman’s knee.

The good length is considered to be quite dangerous, and here’s why. One of the main goals of the bowler is to make the opposing batsman nervous and doubtful. The batsman, as a rule, has very little time to make a decision, and in these fractions of a second, he must determine whether to hit or miss a shot, how much the opponent can spin the ball, whether it is worth making a false lunge, and so on. The good length slows down the batsman and increases the likelihood of error since making the right decision in such a situation becomes noticeably difficult. That is why the good length is often called a test of skill and technique. The possibility of an out in such circumstances increases significantly. However, bowlers risk no less (first of all, fast ones) since the transfer of the ball can become a problem just for the attacking side.

It is worth noting that some West Indian cricket school representatives consider the good length one of the key skills of any bowler. They explain that the ability to confuse an opponent with this blow from any position and at any pitch can sometimes be more beneficial than skill spin the ball at high speed. The recognized masters of the good length are Glenn McGrath (Australia) and James Anderson (England), who have significantly improved this technique by adding a number of auxiliary elements – for example, deceiving movements. In addition, this list includes:

Although there are no clear restrictions on the use of the good length, it has been noticed that medium-speed bowlers with 75-85 mph indicators resort to this blow more often. Regardless of the peculiarities of the technique, they are the ones who can get the most out of it, while the classic fast bowlers must be extremely accurate and have a good feel for the pitch.

The marker should be located 6-7 meters from the position of the imaginary opponent, on the line of the wicket. When taking off, it is important not to take your eyes off the marker and throw your hand forward in time to align the body – this will help make the shot more accurate. You can limit yourself to ten attempts at the first stage.

As for batsmen, they must choose the right position and correctly distribute weight to confront the good length successfully. Ideally, this is a so-called forward defense, in which the weight is carried forward, but the body does not extend beyond the knee line, and the bat is held at an angle that will allow the ball to hit the ground. In addition, Drive, or a wide stride attack hit, and back guard are considered effective – perhaps the most difficult method. It requires good coordination of movements and the ability to receive the ball on a vertically raised bat accurately.