Glance in cricket - what is it? 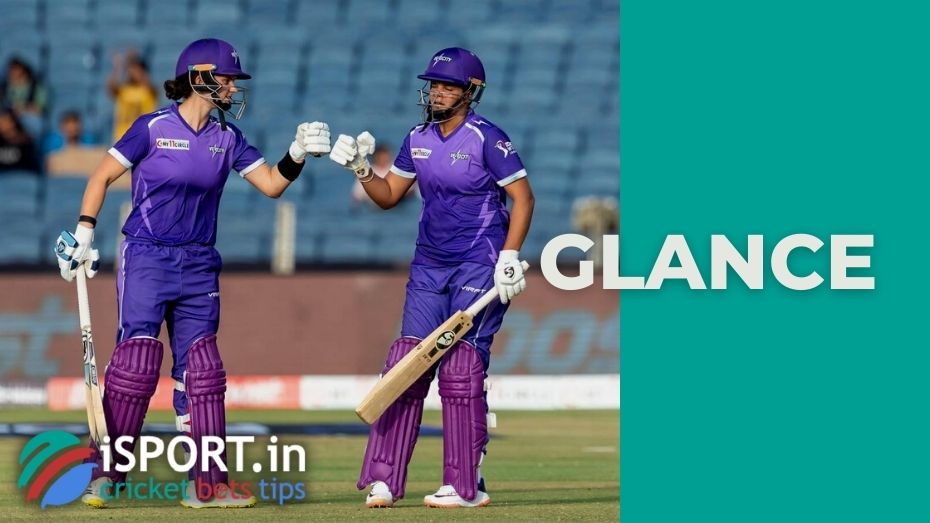 In cricket, the term “batting” refers to hitting the ball with a bat. The purpose of this action is to allow your team to suffer injuries and prevent the opposing team from destroying the wicket. The player who hits the ball is called a batsman (batwoman) or batter. From the outside, it may seem that the batsman kicks the ball randomly, intuitively acting in such a way as to achieve his goals. Of course, this is far from the case: batting can be carried out using several types of strikes, each with its performance technique and features. We will tell you about one of the blows, Glance, and what distinguishes it from the others in our article.

What is Glance in cricket?

The batsman can hit the ball by holding the bat in his right or left hand (right-handed or left-handed). A good hit involves the vertical position of the bat with its wide side facing the ball. Although the horizontal position of the bat can sometimes also be present, it is effective when playing with short bowling.

There are a large number of types of hitting the ball with a bat in cricket, here, for illustration, several are used most often:

So, a Glance in cricket is a shot that can be played from the forward foot or the front or back foot when the ball is bounced over the wicket through the left side.

This kick is performed if the ball flies under the batsman’s feet.

What is the difference between a Glance and a flick shot?

Externally, the Glance may look like a flick shot, but there is a significant difference between the two. A flick shot is executed to send the ball towards the square leg (midwicket region). In contrast, the goal of a glance shot is to send the ball back out of bounds. This is usually done for a ball that flies towards the leg stump and cannot be easily pushed forward, so the player simply turns the bat in his hand to send the ball away from the wicket at the desired angle.

The difference between these two strikes is also the time that the batsman must spend on their execution. A flick shot can be an unintentional move, and the decision to execute it can be made at the last second. In contrast, the Glance is a fairly subtle technique that does not require much bat swing but focuses on redirecting the ball using the force already inherent in it to send it to the edge of the field.

It is performed mostly with the movement of the batsman’s wrist, so the player needs to apply a certain amount of force.

Despite seeming simplicity, it is great to perform the Glance correctly and save the gate.