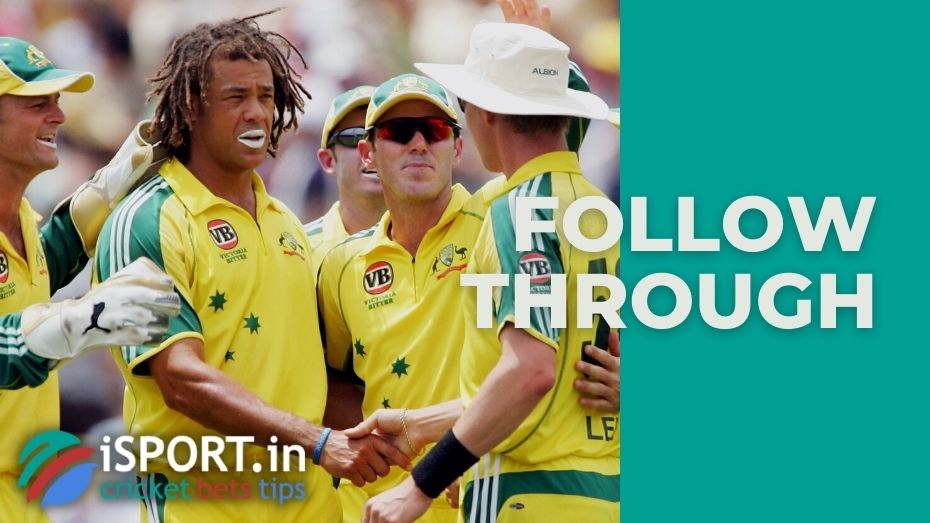 Follow through in cricket means the last action of the bowler when serving the ball. Each serving player takes a run up before throwing. At speed, he throws the ball out of his hands towards the batsman. After he has made a throw, the bowler needs to stop. So, to slow down the speed and stop the batting player in cricket without any problems is called as follow through.