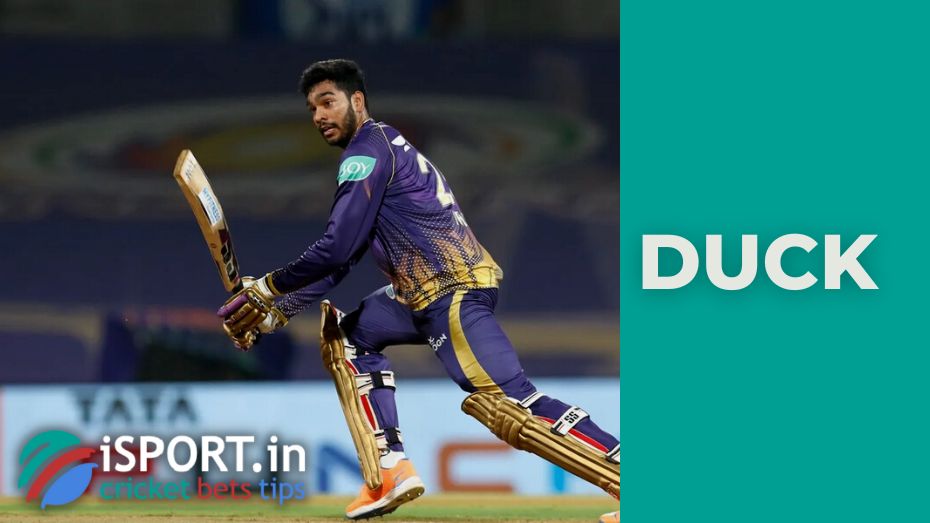 This term is used for a batsman who ends the game with a zero score. The whole term sounds like “duck’s egg”, as the zero was shaped like a large egg earlier in the match reports. This word was used even before test matches began in cricket.

The word duck was first mentioned in a British newspaper in a report on the game Prince of Wales (the future Edward VII), which took place in the summer of 1866. The article said that the prince was knocked out of the game with a zero result. Zero was quite voluminous in the text, which immediately caught the readers’ eyes and reminded a duck.

Other sports also use terms that refer to the egg in origin:

The short version of the Oxford Dictionary still retains the term “duck’s egg” as one of the meanings of the word “duck”.

The first duck in test cricket matches was recorded in the spring of 1877. Andrew Greenwood from England became its “owner”. The record holder for the most duck is Muttiah Muralitharan from Sri Lanka, who has been eliminated 59 times. At the same time, Muralitharan is considered one of the most successful cricket players in history. He is the only bowler with over 800 wickets in test matches and over 530 wickets in One Day International. At the time of this writing, Muttiah has the most wickets in all cricket formats in total. Due to the innate peculiarity, the player’s actions from Sri Lanka during bowling have been questioned more than once. The fact is that his arm does not fully extend at the elbow joint. The legality of the Muttiah Muralitharan throws has been discussed twice at the International Cricket Council meetings. As a result, the player was allowed to continue performing at a professional level.

Courtney Walsh of the West Indies holds the record for the duck until 2011 (54 eliminations). He played for the national team from 1984 to 2001. Walsh was known as the fast bowler. He made a good duet with compatriot Curtly Ambrose one time. Courtney was the first player to score over 500 wickets in Test format. Note that the record for the number of ducks belongs to the Englishman Reg Perks, who played for Worcestershire in the first class. With a zero result, he left the field 156 times.

Let’s note some more interesting facts about the duck:

Once, a Test match ended in a draw due to the duck, which is considered a rarity in cricket.